Disney reshuffled the release dates for five Marvel films. As a result, fans of movies from popular franchises such as Thor and Black Panther will need to wait several more months before they can see their favorite superheroes on the big screen again.

The House of Mouse also said it would move back its long-awaited Indiana Jones film by nearly a year, to June 2023. 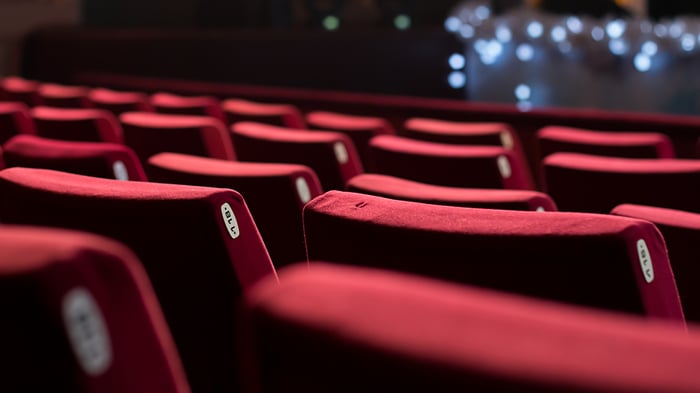 Although the delays are due to production challenges and not poor box office results, according to Variety, Disney's new release schedule is likely to dent AMC's and other theater chains' revenue in 2022 and 2023. That's bad news for an industry that's already dealing with the difficulties presented by COVID-19.

Looking further ahead, the early release of blockbuster movies on streaming services could be an even more significant threat to theater companies. For example, AT&T's (NYSE:T) Warner Bros. Pictures chose to stream the sci-fi blockbuster Dune on HBO Max just a few weeks after its debut in theaters. If the short wait drives more people to watch movies in their homes rather than in AMC's cinemas, the chain could struggle to fully recover from its pandemic-related downturn.

Sustained profitability was a challenge for AMC even before the coronavirus crisis. If movie delays and intensifying competition from streaming services combine to pressure box office sales, profits could be even harder to come by in the movie theater operator's years ahead.