Which movie theater stock offers the best ticket to growth?

It's no secret that the movie theater industry was hit hard by the coronavirus pandemic. However, box office sales are once again increasing as economies around the world gradually reopen.

If you're wondering which companies are best positioned to benefit from a mass return to movie theaters, then keep reading. 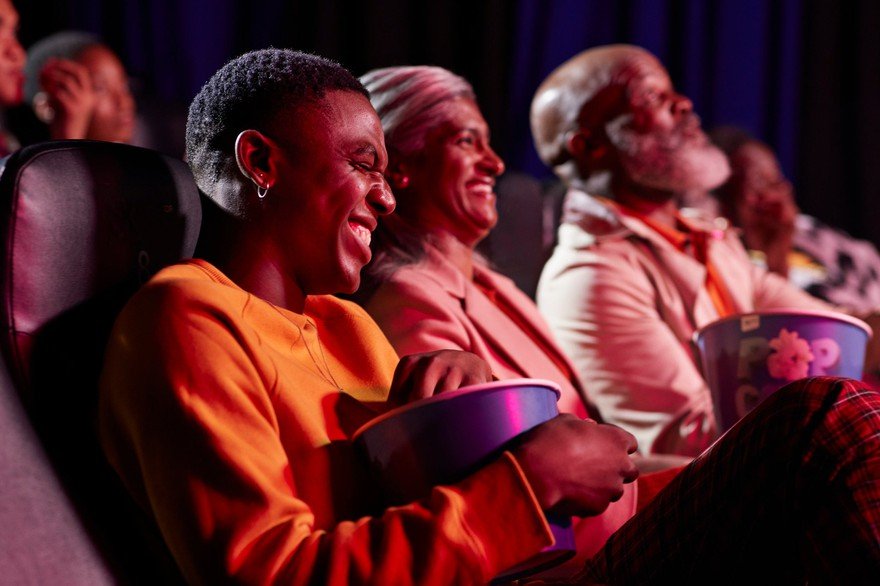 IMAX (NYSE:IMAX) is known for its proprietary screen technology that it licenses to exhibitors, including AMC. The company has an asset-light business model, and it doesn't have to build or maintain theaters. IMAX licenses include the intellectual property and tech that allow massive screens to show films.

Another competitive advantage is that the company's premium screens allow exhibitors to charge higher ticket prices to the many moviegoers willing to pay more for immersive experiences. This characteristic could become increasingly valuable as movie theater chains contend with and adapt to competition from streaming services. Top Gun: Maverick 's generation of more than $1 billion in ticket sales indicates people are still hungry for theatrical experiences. Upcoming 2022 releases, including Avatar: The Way of Water, could once again highlight the value of IMAX's technologies and services.

With the theater business increasingly revolving around big-budget, special-effects-heavy films that benefit from IMAX's premium viewing format, the company is on track to play a big role in shaping the future of the industry. IMAX is also financially strong -- taking into consideration the effects of the pandemic -- and has more cash than debt on its balance sheet.

The Walt Disney Company (NYSE:DIS) is not a pure-play movie theater stock, but few companies are better positioned to benefit if the theater industry experiences a strong recovery. Before the pandemic, Disney was dominating the box office, and the House of Mouse will undoubtedly continue to shape the future of cinema.

The company released seven films in 2019 that grossed more than $1 billion at the global box office, and its movies recorded more than $13 billion in total ticket sales. Getting back to that high mark will be a challenge, but Disney is well positioned to continue dominating the movie business.

With its wealth of popular characters and mega-franchises, including the Marvel Cinematic Universe and Star Wars , the company's stable of content is unmatched. Disney's 2021 theatrical release Spider-Man: No Way Home grossed more than $1.9 billion in global ticket sales and stands as the sixth-highest-grossing film of all time, which suggests the box office is bouncing back in a big way and Disney is still top dog.

The diversified nature of Disney's businesses also makes the company a less-risky investment than pure-play movie theater stocks. If the theatrical segment falters, the company's popular Disney+ streaming service should still enable it to benefit from ongoing growth in demand for streaming media. Disney's parks and resorts and media networks also typically perform well, in part because the media empire has numerous lucrative channels for monetizing its characters and content.

One stock to avoid: AMC Entertainment

AMC Entertainment (NYSE:AMC) is the world's largest movie theater chain. In a surprising turn of events, the stock has also posted impressive returns over the past few years despite a challenging industry backdrop and weak business performance.

AMC's share price skyrocketed in early 2021, thanks to a short squeeze and the stock's becoming a favorite among retail investors on Reddit and other social media hubs. Shares have come down substantially from the high amid the meme-stock fervor, but business challenges and valuation concerns remain.

With more than $5.5 billion in long-term debt, repaying that and a sizable interest expense will be a challenge even if the movie theater chain sells more stock. The company lost $4.6 billion in 2020 and roughly $1.27 billion in 2021 -- understandable in pandemic conditions -- but it was unprofitable in 2019, too.

AMC's status as a meme stock means its trading price is likely still divorced from the company's business fundamentals. The movie theater industry should continue to recover this year, but AMC stock is probably too volatile for most investors.

Collecting and investing fine art can be a way to grow your portfolio.

Trends in the movie theater industry

The coronavirus pandemic caused major theater chains to close for months and operate at limited capacity for even longer. These pressures have now mostly lifted, and the 2022 year-over-year growth of box office revenue should be strong. Even so, the movie theater industry faces significant long-term challenges.

The growth of streaming services is reducing the value proposition offered by cinemas. Some large film production companies, including Disney, have opted to release major films via direct-to-consumer streaming channels instead of using traditional movie theaters. Other competing entertainment options include video games and social media.

Ticket sales for movie theaters will likely rise this year. Some movie theater stocks may perform well in 2022 despite challenges for the broader market. Still, investors should approach the theater industry with caution.