Your chances of making money over the long term are much greater with these stocks.

Get rich quick(ly). That's what some investors hope to do. And cryptocurrencies offer an avenue to make it happen.

Take Shiba Inu (SHIB -6.23%), for example. The cryptocurrency has delivered a gain of more than 5,000,000% in less than 15 months. To say that's a staggering return is a huge understatement.

However, many traders in other cryptocurrencies have learned the hard way that what goes up can come down. I suspect that buyers of Shiba Inu at current prices could learn the same lesson.

There are much less risky ways to make a lot of money for long-term investors. Here are three unstoppable stocks that are better buys than Shiba Inu. 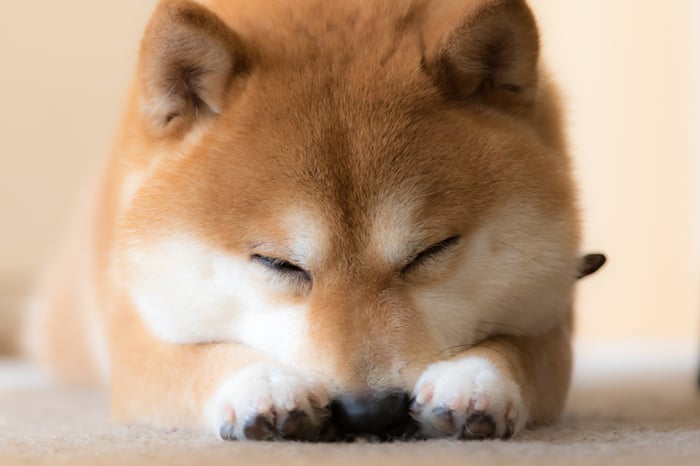 Real-world utility, or the lack thereof, is arguably the biggest knock against Shiba Inu. You can't make the same case against MercadoLibre (MELI -0.59%). This Latin American company is loaded to the gills with real-world utility.

MercadoLibre is best known for its e-commerce platform. And for good reason. The company's quarterly net revenue from e-commerce topped $1 billion for the first time ever in Q2, more than doubling year over year on a constant-currency basis.

Yet MercadoLibre is only scratching the surface of its opportunity. Morgan Stanley expects e-commerce market penetration in Latin America to double by 2025. The market could expand more than sixfold over the next few decades. The biggest likely beneficiary of this growth? You guessed it -- MercadoLibre.

But MercadoLibres isn't just an e-commerce stock; it's also a fintech stock. The company's Mercado Pago business continues to fire on all cylinders. The underdeveloped financial system in Latin America gives the company's digital wallet an enormous potential market. MercadoLibre's shares should have nowhere to go but up over the long run.

MongoDB (MDB -0.80%) stands out as another unstoppable stock with a lot of room to run. The same argument for real-world utility made for MercadoLibre also applies to MongoDB.

Every action you take online creates data. That data has to be stored somewhere. In today's world, that somewhere is increasingly in the cloud. And no database provider handles cloud data storage as well as MongoDB.

The company's Atlas cloud-based platform is its primary growth driver. MongoDB reported Atlas sales soared 83% year over year in Q2 and now makes up 56% of its total revenue.

Can that remarkable momentum continue? Yep. Atlas enables organizations to develop software faster and with the ability to scale up or down quickly as needed. That's a competitive advantage that should enable MongoDB to keep growing rapidly for years to come.

There's another challenge for Shiba Inu that shouldn't be overlooked: It has no moat. There are plenty of other cryptocurrencies that could grab center stage. By comparison, one of the best reasons to buy shares of Intuitive Surgical (ISRG -1.66%) is because of its strong moat.

Intuitive pioneered the use of robotic surgical systems more than two decades ago. Today, the company's install base stands at more than 6,500 systems. While Intuitive has potential rivals, none of them can come close to matching its track record and market position.

In addition to this strong moat, Intuitive also has exceptional growth prospects. The company estimates that around 6 million procedures are performed each year in markets where it already has regulatory clearances. That's roughly four times greater than the number of procedures for which its robotic systems were used in 2020.

Even better, Intuitive continues to invest in research and development to expand into other procedure types. It believes these efforts could expand the addressable number of procedures to around 20 million. You might not get rich quickly investing in Intuitive Surgical, but there's a really good chance that you'll make a lot of money over the next decade and beyond with this stock.

2 Stocks to Buy No Matter What Happens This Year