Shares of Ani Pharmaceuticals (ANIP -0.94%) took flight on Monday morning. The maker of generic and branded drugs delivered both a positive earnings report and some good news on the regulatory front -- the FDA has approved Cortrophin Gel for the treatment of multiple sclerosis and rheumatoid arthritis. Investors hoping for a big sales boost pushed the stock 52.4% higher as of 11:50 a.m. EDT.

Cortrophin Gel contains the same active ingredient as Acthar Gel. The Acthar Gel brand generates roughly $700 million in sales annually for Mallinckrodt, a pharmaceutical company that filed for Chapter 11 bankruptcy protection in 2020 due to its heavy liabilities from opioid-related lawsuits and a settlement related to underpaying Medicaid rebates on Acthar. 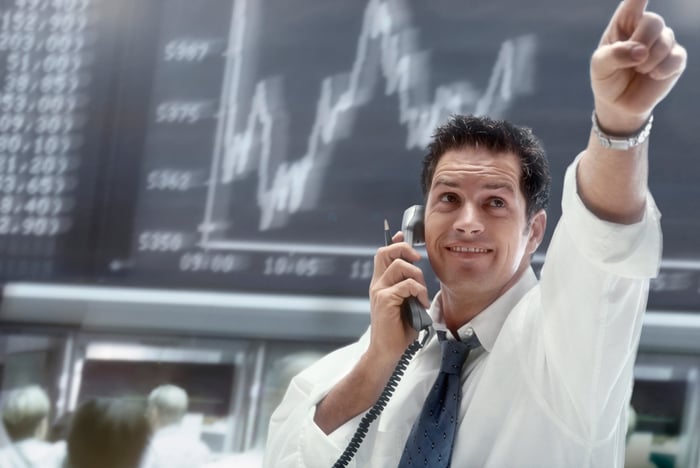 Ani Pharmaceuticals stock is soaring because the company really needs a revenue boost. The generic drugmaker reported that its third-quarter revenue fell by around 2% year over year to $52.1 million.

On a GAAP basis, Ani reported a loss of $4.4 million or $0.37 per share. Adjusted earnings, though, came in at a positive $1.01 per share for the quarter. That was 4% higher than during the prior-year period.

Ani Pharmaceuticals' sales of Cortrophin Gel probably won't approach the sums Malinckrodt used to report. The main ingredient in Acthar, purified corticotropin, has been in use since its first approval in 1954.

But while Ani Pharmaceuticals might not have a blockbuster on its hands, Cortrophin Gel could provide the company with a noticeable revenue bump once it launches the product early next year. The FDA approved it to treat inflammation associated with a handful of chronic autoimmune disorders, including multiple sclerosis and rheumatoid arthritis.

These are large addressable markets, and those patients have long-awaited a low-cost treatment option, so demand should be high.