A down market is the perfect time to boost future income and juice long-term returns.

When the market is tumbling, many investors find themselves either frozen by fear or having too many choices to make a decision. But corrections and bear markets are the best opportunities for long-term investors to juice their portfolios.

With the market continuing to make new highs, and the only bear market in a decade coming briefly due to the pandemic, now is a good time to get a plan ready for the next one. Consider having a shopping list that has different types of stocks to take advantage of the diversity offered by both growth and income investments.

The three stocks below make a good mix for the next bear market shopping list. 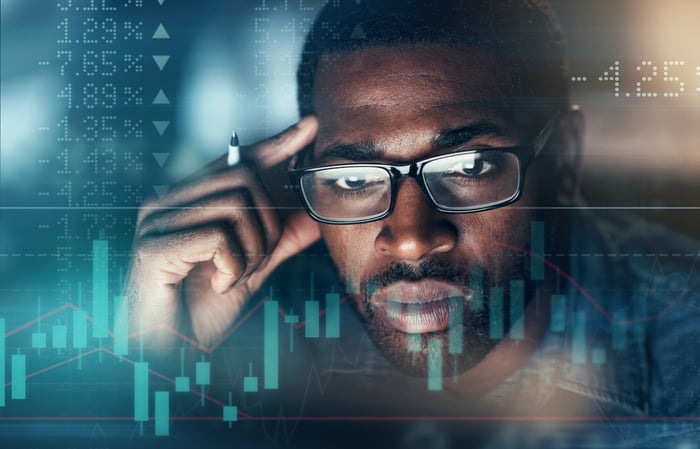 Chinese electric vehicle maker Nio (NIO -2.93%) already has a market cap of about $65 billion, and it has yet to make a profit. That makes it speculative, and by traditional metrics, expensive. But successful growth stocks can earn their valuations quickly, and Nio is at a stage where it is starting to realize its potential.

The 66,395 vehicle deliveries in the first nine months of 2021 represent growth of over 150% compared to the same period last year. Along with its manufacturing partner, it is expanding production with a new facility in Hefei, China, that will double its production capacity to at least 240,000 vehicles annually. The company has also set up a division in Norway, including its Nio House social centers, and soon will have a series of the unique battery swap stations it offers customers in China. A move into Germany is next, at the same time Nio begins selling its first sedan, the luxury ET7. The company also has two other new products planned for 2022.

In its second-quarter earnings report, Nio showed it more than doubled gross margin year over year, with an adjusted loss from operations compressed by more than half versus the year-ago quarter. If the company continues to progress toward profitability in the third quarter report coming in several weeks, investors will likely continue to support its lofty valuation. As long as the bigger-picture growth story of EV adoption continues to materialize, Nio should be able to take advantage of it. Having it on the list to buy in a market decline makes sense for those who want a better price to add to existing holdings, or who feel uncomfortable investing at the current valuation.

Warehouse retailer Costco Wholesale (COST -0.90%) is a good stock to add during a downturn both because of its long-term success and its position in the consumer staples sector. Its fortunes have led the stock to far outpace total returns of the S&P 500 index as this 10-year chart shows. 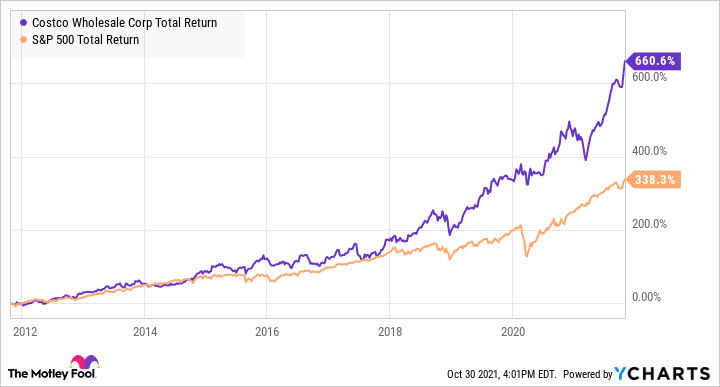 But maybe, more importantly, it can give investors above-average stability during an economic downturn as its customers continue to shop for necessities there. Its bulk price offerings become even more desirable for consumers when times are tight. And the annual fee isn't typically something customers look to trim during tough times. As of the end of the company's fiscal fourth quarter, membership renewal rates were over 91% in the U.S. and Canada and almost 89% globally.

And Costco continues to grow its member base. It told shareholders in its recent fiscal fourth-quarter investor call that it added 1.8 million cardholders in the three-month period ended June 30, for a total membership of 111.6 million. That customer base will provide stability for both Costco and its investors during the next economic down cycle.

3. NextEra Energy: A combination of income and growth

NextEra Energy (NEE -1.26%) is in a unique position to provide investors with income from its electric utility subsidiary while still providing exposure to the renewable energy sector with its NextEra Energy Resources clean energy business.

The utility business consists of Florida Power & Light and Gulf Power and gives investors stable income from a region that also is experiencing population growth. Through the recently reported 2021 third quarter, both utilities showed growth based on the average number of customer accounts versus the prior-year period for at least the eighth consecutive quarter.

Besides the comfort of income coming from regulated utility businesses, investors can look to get a cheaper stake in the secular growth of renewable energy by buying NextEra during a downturn. According to NextEra, its Energy Resources subsidiary is the world's largest generator of wind and solar energy, and it also owns growing battery storage assets. Utilizing a market drop to grow a position in NextEra Energy could complement other portions of a portfolio well, and makes a good addition to the diverse group of three stocks discussed above.