Yet investors seem to be skeptical of its long-term prospects.

While most of the airline industry struggled mightily last year due to the COVID-19 pandemic, SkyWest (SKYW 2.79%) nearly broke even, posting a modest full-year pre-tax loss of $7 million. 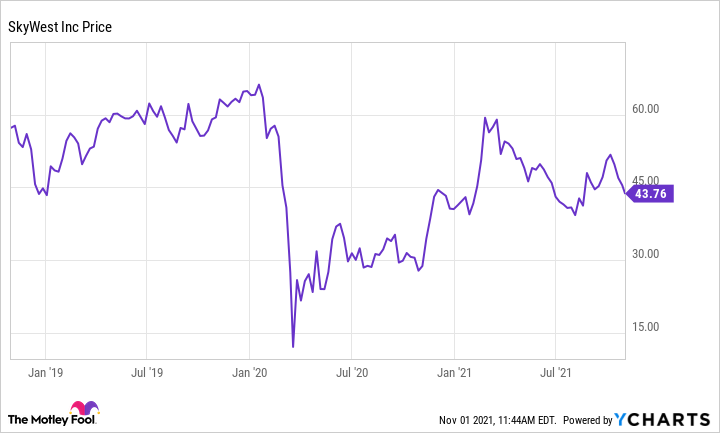 SkyWest reported revenue of $745 million in the third quarter, up 63% year over year and just slightly below its Q3 2019 revenue of $760 million. In fact, excluding revenue concessions made to its major airline customers (which passed through some of the benefit of the $115 million of payroll support grants SkyWest booked last quarter), revenue would have surpassed the company's 2019 performance.

Throughout the pandemic, SkyWest has benefited from the stable nature of its business. The regional airline gets the vast majority of its revenue from fixed-fee contracts to fly regional routes for full-service airlines. That insulates it from fluctuations in air travel demand and fare levels. Even key cost items like fuel are typically passed through directly to the major airlines that contract for SkyWest's services.

Thanks to the strong recovery in flight volume and revenue, SkyWest posted adjusted net income of $74 million ($1.45 per share) in the third quarter -- double the analyst consensus of $0.70. Two years ago, the company recorded Q3 earnings per share (EPS) of $1.79.

Including an $85 million pre-tax impairment charge for 16 CRJ900 regional jets that will come off contract next year, SkyWest reported EPS of $0.19 for the quarter under generally accepted accounting principles.

The final extension of the federal airline payroll support program ran through Sept. 30. SkyWest will have to stand on its own two feet going forward. As a result, the airline expects to break even or report a small loss in the fourth quarter, including a $15 million to $20 million negative effect from a recent server outage. 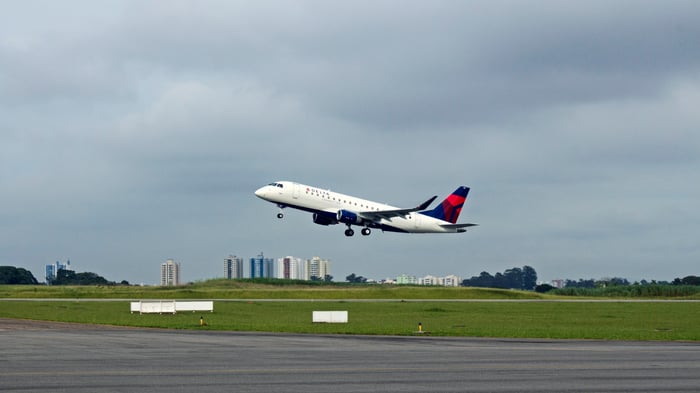 Perhaps of more concern to shareholders, management told investors that the company's 2022 earnings might be similar to its 2021 performance, implying EPS of a little more than $3. SkyWest expects the benefit of a full year of normal operations to just offset the lack of payroll support payments next year.

For context, prior to the earnings release, analysts had expected SkyWest to earn about $4 per share in 2022. Furthermore, SkyWest's adjusted EPS peaked at $6.25 in 2019.

SkyWest still has a bright future

Given the uncertain near-term outlook for the aviation market, SkyWest's management may have provided very conservative guidance for 2022. But even if the company's somewhat downbeat outlook proves accurate, SkyWest stock still looks like a great buy after its recent pullback.

First, SkyWest stock trades for just 13 or 14 times management's rough EPS guidance for 2022. That's a very reasonable valuation in light of the resilience the company has demonstrated over the past two years.

Second, SkyWest has contracts to expand its operating fleet of E175s from 193 jets today to 238 by early 2023. It will also add 11 more used CRJ700 jets to its operations for American Airlines in the first half of 2023. These additions to its fleet will drive meaningful revenue growth in 2023 at very high incremental margins.

Third, SkyWest ended last quarter with over $900 million of cash. Barring any major new flying contracts, capital spending will fall dramatically in 2023, reducing the company's cash needs. That could encourage SkyWest to start returning lots of cash to shareholders at that time. Investors who are willing to be patient for a few years could reap rich rewards from buying and holding SkyWest shares.

Why SkyWest Stock Is Falling Today