Is the air taxi company taking its investors for a ride?

No matter. The Santa Cruz-based start-up and recent special-purpose acquisition company (SPAC) IPO wants to take flying air taxis mainstream in the U.S. So far at least, investors seem happy to come along for the ride. 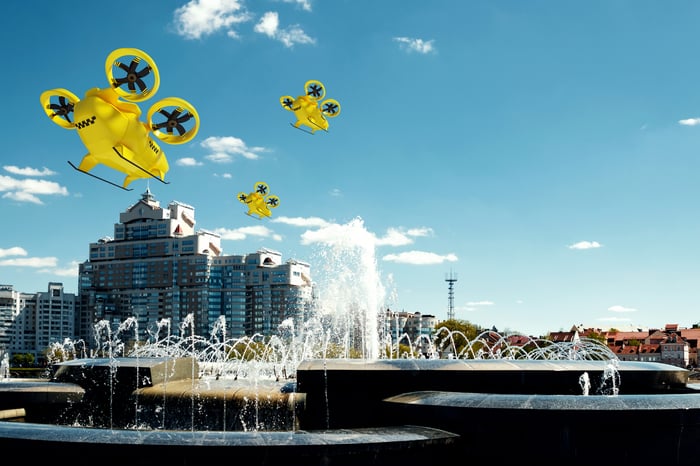 It remains to be seen, however, whether they'll still be excited after Joby Aviation reports earnings next week.

As Joby has advised, it intends to publish its first earnings results as a publicly traded company after close of trading one week from today -- Nov. 11. Management hasn't told us what to expect from this report, but according to data from S&P Global Market Intelligence, you probably shouldn't set your hopes too high.

Current forecasts have Joby losing money this quarter, and next quarter, and the quarter after that. No great surprise there: Analysts don't see Joby generating any revenue at all from its business before 2024, nor any profits before 2025 at the earliest.

Joby Aviation stock has been a bit of a disappointment to its earliest investors. Back in February, when the company first announced its plans to go public, Joby estimated its own public market value at $6.6 billion. At today's $5.8 billion market capitalization, the stock's fallen about $800 million short of that mark.

Sad to say, reporting even more losses next week probably won't do much to help push this stock back up.