The topic of conversation at a suburban party I was attending was that someone's mother was still -- (gasp!) at her age -- renting. This woman, a resident of New York City, was in a financial bind by being on a fixed income and still paying rent. Presumably, she could have been done with mortgage payments by now and owned her home outright.

Whether this person's financial predicament was simply because of her perpetual renter status wasn't the point. Everyone assumed it was. This line of thinking reinforces what suburban homeowners who carry enormous mortgages like to hear: they're building wealth.

Indeed, homeownership has traditionally been the way most people in America accumulate wealth. But is it the only way? And does being a renter forever relegate one to a life of financial mediocrity? This question of wealth becomes more important to investigate as we evolve into a renter society. 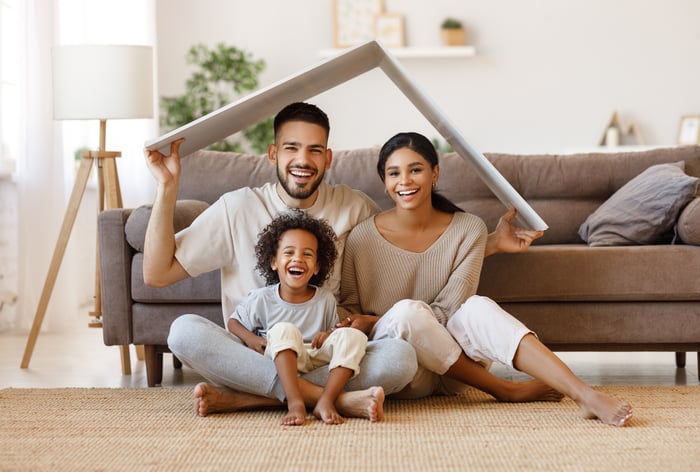 Don't believe we're turning into a renter society? Just look at the housing market today -- an unprecedented low supply of homes for sale coupled with increasing demand has led to soaring prices that have pushed affordability out of reach for many. Because so many prospective buyers can't get a home in this climate, they instead are coming to terms with renting -- perhaps forever.

Institutional landlords, having caught wind of this phenomenon, are part of the problem: Backed by Wall Street capital, they've bought up entire neighborhoods of single-family homes, not for resale, but to rent out.

There are some advantages to being a renter: it's easy to pick up and move, there are no maintenance worries, and signing a lease is a lot simpler than getting a mortgage. But there are typically more advantages to being an owner. For the average wage earner, to throw in the homeownership towel too quickly for a seemingly less complicated life as a renter typically is not a wise financial move.

It's possible to build wealth while renting

Although people can build wealth while being forever renters, most people don't. It takes discipline to invest the money they're saving by renting. Monthly rent often is more than a mortgage payment, but renters don't have lots of other expenses, such as a down payment (which is typically more than a security deposit), property taxes, insurance, maintenance, and repairs. If renters would take the money they're saving from not owning property and invest it, they could come out ahead. That's not usually what happens.

When the Federal Reserve conducted its Survey of Consumer Finances, it found that as of 2019, the median net worth of homeowners was $255,000 while that of renters was $6,300. That says it all.

Besides accumulating wealth through rising home equity, there are other advantages to owning. Landlords can change the lease terms at every renewal period. This could include a number of things, such as raising the rent (even rent-controlled and rent-stabilized places have built-in increases), prohibiting smoking of any kind inside and outside the unit, and even requiring tenants to be vaccinated against COVID-19.

If that doesn't make you question the merits of being a forever renter, look at what the big tech companies are planning. Google's parent Alphabet bought 80 acres of land in San Jose, California, and plans include building thousands of rental units. Not to put too cynical a spin on it, but that means Alphabet employees will fork over rent to their employer.

Meta Platforms (formerly Facebook) has similar plans. It bought 59 acres in Menlo Park, California, that will include more than 1,700 apartments. These arrangements, where people both work for and rent from the same entity, could turn into a modern-day equivalent of the company town at best, or indentured servitude at worst.

Although it's a better idea for most people to own a home, at least the way the economy is structured today, not everyone can or wants to buy. That's the reason rental properties are such popular and rewarding real estate investment options -- and probably always will be.