Semiconductor pioneer Nvidia (NASDAQ:NVDA) has been on a tear this year with shares up more than 130% year to date. The company has put itself in the sweet spot as a key supplier for several tech trends, including the artificial intelligence (AI) movement, gaming, automotive needs, and data centers. The stock's momentum continued this week, with shares up more than 20% as of late-morning Friday, according to data provided by S&P Global Market Intelligence.

This week's jump in Nvidia shares comes against the backdrop of the global semiconductor shortage, as well as expanding uses in AI and its other markets. When Mark Zuckerberg recently introduced Meta Platforms as Facebook's new parent company name, he stirred up much discussion on what the future metaverse could look like. Nvidia CEO Jensen Huang presents the keynote address at the company's virtual GPU Technology Conference (GTC) next week, and he is expected to expand on the company's new strategy to create metaverse applications, which had at least one analyst boost his view on Nvidia shares this week. 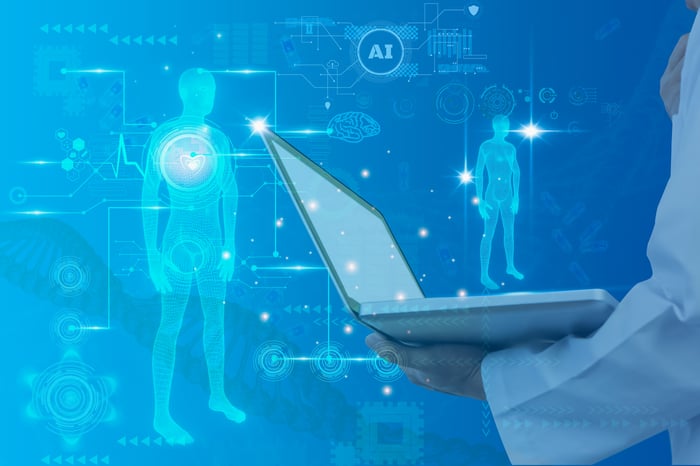 Wells Fargo analyst Aaron Rakers said he expects Huang to break the news on Tuesday sharing the company's "Omniverse Enterprise" technologies for commercial application use in the metaverse. Rakers said, "Nvidia Omniverse Enterprise represents a significant platform expansion strategy for Nvidia, which also entails a deepening recurring software story," reports Investor's Business Daily. Because of this, Rakers boosted his price target on Nvidia shares by 30% to $320 per share.

The GTC will begin Monday Nov. 8, 2021, and Huang will give the keynote speech on Tuesday. Any market expansion he announces for the company comes at a time when it is already firing on all cylinders. In its most recent quarterly financial update, Nvidia reported record revenue that grew 68% year over year with net income soaring 282%. Revenue from gaming and data centers both came in at record levels for the company's fiscal 2022 second quarter ended Aug. 1, 2021.

The company also reported record second-quarter revenue in professional visualization, which includes its Nvidia Omniverse applications, which it calls "the world's first 3D, real-time simulation and collaboration platform." The jump in shares this week comes with investors anticipating more from Huang next week on that segment's applications.