Here are two equity REITs and an mREIT to consider for 12 payouts a year.

Real estate investment trusts (REITs) are an attractive supplement to Social Security and other fixed benefits for many retirees. These publicly and privately held companies are required to pay at least 90% of their taxable income to shareholders in the form of dividends, which typically are higher -- often much higher -- than the income available from savings accounts and certificates of deposits.

And while they carry more market risk than a government-guaranteed savings interest, the publicly traded variety of REITs are quite liquid, and there are about a dozen that have an added attraction: They pay monthly rather than quarterly.

Here's a quick look at three of them, each from a different industry. 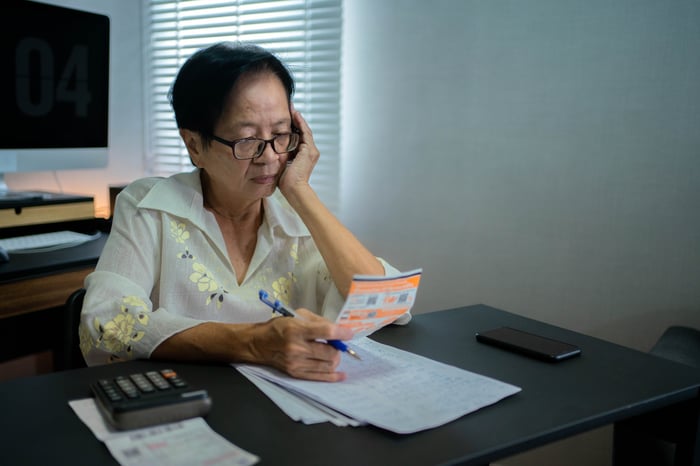 Realty Income (O -0.40%) bears the tag line "The Monthly Dividend Company," and it backs that up with 616 consecutive monthly dividends paid, and 96 straight quarters in which that monthly dividend was raised.

While it's considered primarily a retail REIT, the San Diego-based company ended the third quarter with a portfolio of more than 7,000 properties in all 50 states, Puerto Rico, the United Kingdom, and Spain. Those properties were occupied by about 650 clients in 60 retail and other industries.

Realty Income said in its Q3 report that its adjusted funds from operations (FFO, a key measure for evaluating equity REITs), rose 12.3% from the same period the year before. It's growing both through acquisition and organically. The company just closed on its all-stock purchase of VEREIT -- a rival with a substantial portfolio of its own -- and it invested $1.61 billion in 308 properties, including $532.5 million in Europe, giving it even more market diversity to keep the rent flowing.

STAG Industrial (STAG -1.44%) focuses on single-tenant properties in the red-hot industrial segment. It had a portfolio of 517 buildings and 103.4 million square feet in 40 states at the end of the third quarter. The Boston-based REIT went public in 2011 and has raised its dividend every year since (switching from quarterly to monthly in 2013).

Here are just two metrics from the company's latest quarterly report that speak to STAG's ability to continue growth and income: Core FFO was up 15.2% from the year-ago quarter to $0.53 per share, and the company bought 24 buildings for $427.2 million, adding 4 million square feet to its portfolio during a time of particularly intense demand for industrial space.

AGNC Investment Corp. (AGNC -1.48%) is not like the other two. It's a mortgage REIT (mREIT), which means it makes its money by investing -- in this case, in single-family residential mortgage pass-through securities and collateralized mortgage obligations guaranteed by the U.S. government.

In its third-quarter report, AGNC noted the uncertainties of inflation and the overall interest rate environment but said it was prepared for that through a balanced portfolio, significant hedging, and "very conservative leverage" profile that saw leverage drop from 7.9X in 2Q21 to 7.5X three months later. AGNC uses its tangible net book value "at risk" leverage ratio as its primary measure of leverage. That's the sum of the debt it uses to buy securities divided by stockholders' equity.

The company says those strategies provide AGNC the flexibility to invest opportunistically, the company said, helping to keep that high yield rolling in for its shareholders.

AGNC was yielding an attractive 9% at Friday's closing price of $16.22 per share and annual payout of $1.44 per share. The stock has a market cap of $8.5 billion, and it's priced roughly 15% above its 52-week low from this time last year.

STAG Industrial and Realty Income provide their investors a stream of passive income through the rent payments made by the holders of their net leases, which means the tenant is responsible for things like taxes and maintenance. AGNC, on the other hand, is dependent on the spread between the interest it pays for the money it borrows to buy those government-backed securities and the interest those securities pay. It can be a tricky business, but mREITs also typically pay more than equity REITs, making it potentially more rewarding, too, as those monthly payments post just about when the bills are due.