Something critical for Shiba Inu has changed.

There are millionaires and even billionaires who owe their fortunes to Shiba Inu (SHIB 3.38%). Anyone who bought a sizable amount of the cryptocurrency in late 2020 or early 2021 and held on made a boatload of money.

It's understandable that others who didn't jump aboard the Shiba Inu train early might be wondering if they could become rich with the digital coin, too. The answer is very likely a resounding "no." Actually, the smartest move right now is to stay on the sidelines. And there's one single biggest reason to avoid Shiba Inu like the plague. 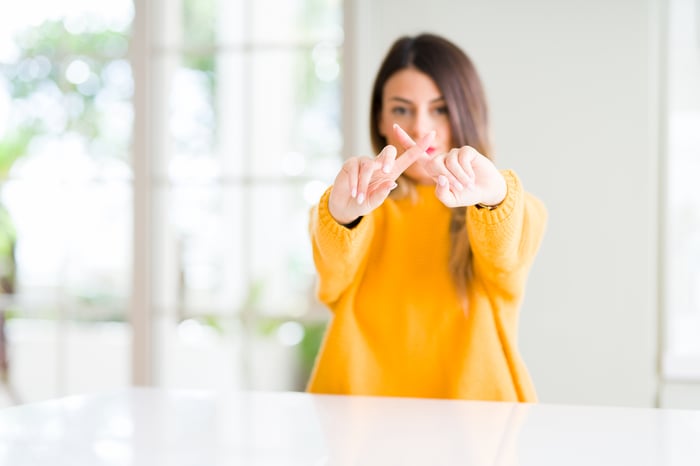 A much different proposition

The only reason to invest in anything -- whether it's a cryptocurrency, stock, real estate property, rare comic book, or whatever else you can think of -- is that it offers an attractive risk-reward profile. Some investment options simply don't provide enough potential for rewards to compensate for the risks you have to assume. That's the case for Shiba Inu now.

Think about why Shiba Inu soared in the first place. It was cheap. It had a symbolic connection with the already-popular Dogecoin. Elon Musk began tweeting about his pet Shiba Inu named Floki. And Shiba Inu did something better than any other cryptocurrency -- it generated buzz on social media. The rest, as they say, is history.

Let's first look at the risk side of the equation for Shiba Inu. One of the most important drivers of the value of a cryptocurrency is supply and demand. When supply is limited and demand is high, the value moves higher. If supply increases significantly or demand sinks, though, the cryptocurrency is destined to fall.

The problem for Shiba Inu is that its jaw-dropping performance has made it really tempting for anyone who racked up huge gains to sell and lock in profits. If enough coins are put up for sale, the increased supply will cause Shiba Inu to tank.

This happened last week based only on the fear that a major holder of the cryptocurrency would sell a big chunk of his position. An anonymous individual owns a whopping 70 trillion Shiba Inu coins. This person recently moved more than 40 trillion of those coins to four different addresses. When the news broke, it fueled a sell-off.

Shiba Inu subsequently rebounded somewhat. However, the risk that a large number of coins could flood the market hasn't gone away.

There's also a lower potential for rewards with Shiba Inu than in the past. The cryptocurrency simply doesn't have as much room to run.

Don't believe it? If Shiba Inu continued at its growth rate over the last six weeks for another three months, it would have a market cap greater than Apple or Microsoft. That isn't going to happen.

Other cryptocurrencies offer a lot more real-world utility than Shiba Inu does. The primary reason why the digital coin has performed so well thus far really boils down to its novelty factor.

In the early stages of something that's shiny and new, there's a lot of interest. Over time, though, the shine and newness wear off.

Shiba Inu, like other novelties, will likely become a victim of its own success. In the meantime, its risks are higher and its potential for rewards is lower than in the recent past. Anyone seeking to make a lot of money would be better served by finding an alternative that offers a more attractive risk-reward proposition.