Shares of Marathon Digital Holdings (NASDAQ:MARA) gained as much as 12.4% on Thursday morning, settling down at a 10% gain by 2:50 p.m. EST. The Bitcoin (CRYPTO:BTC) mining company posted a mixed third-quarter earnings report on Wednesday morning, driving stock prices 14.8% lower in yesterday's trading. Today, Marathon investors were inspired by a bullish earnings analysis from an analyst at B. Riley.

Analyst Lucas Pipes reaffirmed his buy rating on Marathon's stock and raised his target price from $87 to $92 per share. The stock had closed Wednesday's session at $64.84 per share, so the new price target works out to an upside of 42%.

Pipes' price target was based on Marathon's accelerating production of self-mined Bitcoin tokens. The company generated 1,252 tokens for the Bitcoin network in the third quarter, up from 654 in the second quarter and just 192in the first quarter. The self-mined Bitcoin collection has added up to 2,098 tokens year to date, worth $136.6 million at current Bitcoin spot prices.

Moreover, Marathon also holds 4,813 Bitcoin tokens in its long-term investment fund. These tokens were purchased in January 2021 for a total price of roughly $150 million. This batch is worth $313 million at current  prices.

If Marathon can keep up this production rate while Bitcoin keeps marching higher, all this could add up to real money someday, right? 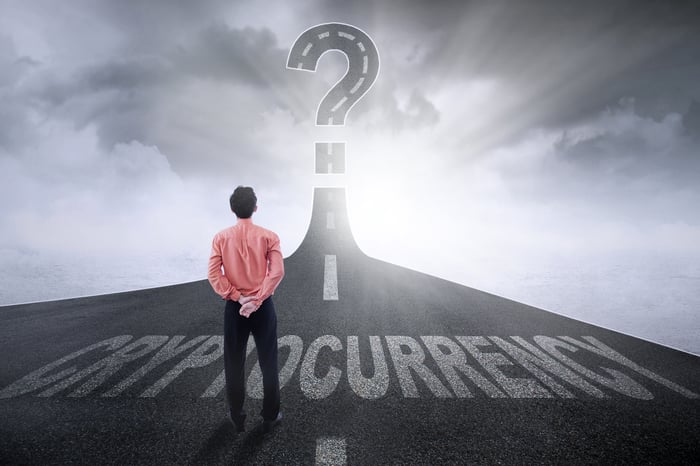 I'm joking, of course, but there's a grain of truth in that silly line. The company is running low on actual cash even after securing a $100 million revolving line of credit from Silvergate Bank in October. Marathon's Bitcoin reserves are not quite as liquid as a cash-based bank account, and the checkbook is looking a bit thin.

Marathon's balance sheet held just $32.9 million of cash equivalents in the third quarter, along with $73.9 million in digital currencies and $412 million of long-term investments. If the digital currency total sounds low, you should know that Marathon records its Bitcoin holdings at the lowest price seen during each reporting period, not the highest spot price, weighted average price, or ending price. It's a tax-saving accounting strategy that keeps the company's asset values as low as possible for as long as possible. Assuming that Bitcoin doesn't swoon sharply in the fourth quarter, you should see Marathon's balance sheet gain a ton of value in the next earnings report.

As a reminder, Marathon's third-quarter revenue landed at $81.7 million, while adjusted earnings stopped at $0.85 per diluted share. Your average analyst was expecting earnings near $0.43 per share on top-line revenue in the neighborhood of $67.4 million.

All things considered, Marathon remains an exciting but risky vehicle for investing in the booming cryptocurrency market. Another Bitcoin crash, like the one that followed after 2017's skyrocketing gains, could deflate this company's financial cushion in a hurry. Honestly, I prefer to stick with direct Bitcoin tokens.