Shares of Canopy Growth (NASDAQ:CGC) gained a healthy 14.6% through the close of Thursday's bell this week, according to data from S&P Global Market Intelligence. Canada's largest dried-cannabis flower company by market share got a boost this week as a result of a leaked Republican-led bill that would reportedly remove marijuana from the list of federally controlled substances, set up a marijuana regulatory system, and create a 3.75% excise tax on cannabis product sales, according to an article by Marijuana Moment.

After word of the forthcoming bill leaked last Friday, Congresswoman Nancy Mace, a Republican from South Carolina, confirmed the rumor via Twitter Thursday morning. Rep. Mace noted in this tweet that the bill will be called the "My States Reform Act," and a draft copy of the legislation will be shared with the media at a gathering in Washington D.C. next Monday. 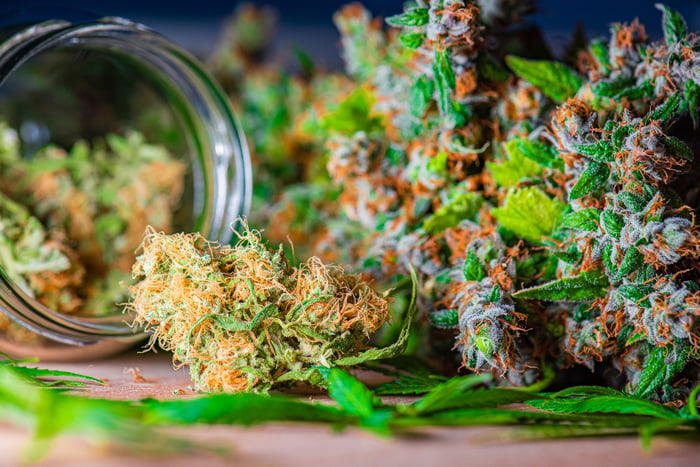 Canopy Growth is one of the best-positioned Canadian cannabis companies in terms of its readiness to enter the massive U.S. market upon federal legalization. The company is backed by U.S. liquor-titan Constellation Brands and already has concrete plans in place to immediately capture a significant portion of the U.S. profit pool upon permissibility of THC-containing products at the federal level.

Canopy, in turn, would likely morph into a cash-flow positive company on a consistent basis in the wake of this landmark event. Investors, however, might want to curb their enthusiasm.

Although it's encouraging to see Republicans get on board with the popular movement to legalize marijuana, President Biden has made it abundantly clear, on multiple occasions, that he has no intentions of signing legislation that would make THC-containing products permissible across the country. In effect, there's no real-world evidence to believe that any bill on cannabis legalization -- whether it's backed by Democrats or Republicans -- would have even a remote chance of becoming law during President Biden's tenure.

The best marijuana advocates can arguably hope for is the administration agreeing to downgrade cannabis from Schedule I to Schedule II under the Controlled Substances Act, making it easier to conduct medical research on the drug. Pressure from lawmakers might also move the President to fulfill his campaign promise of decriminalizing marijuana.

Full-scale legalization, however, is undoubtedly a step too far for the current President.