Shareholders should be ecstatic this streaming leader is about to cross an important milestone.

Netflix (NFLX -2.12%) grew revenue 16.3% year over year in the third quarter, and it now boasts an impressive 213.6 million paid subscribers. While the number of customers the company adds in any given period is the primary focus for shareholders, I think there is a bigger development to focus on right now.

During the third quarter, Netflix produced an operating margin of 23.5%. This crucial financial metric foreshadows something investors have long waited for from the company: sustainable generation of positive free cash flow. 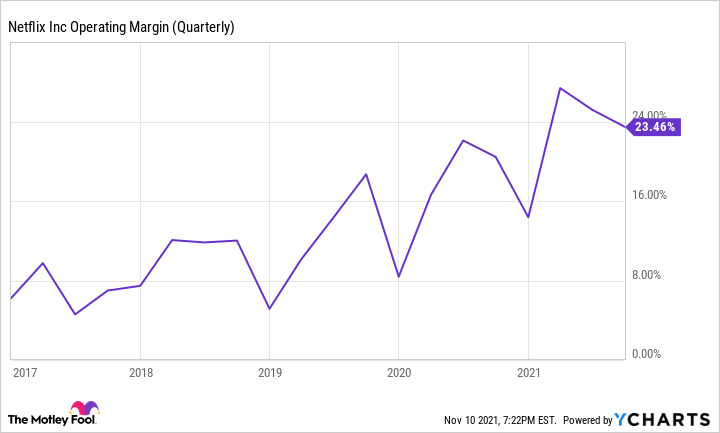 Since it first started developing content in-house in 2012, Netflix has spent over $80 billion producing original films and TV series. This is a colossal figure, but it's categorized as a fixed cost, it doesn't change relative to how many customers Netflix has at any specific time. Therefore, adding more subscribers has a positive effect on margins.

Because of the company's massive scale, demonstrated by trailing-12-month revenue of $28.6 billion and those previously mentioned 214 million subscribers, it makes financial sense for Netflix to invest heavily in original content. These cash outlays can be spread out among an enormous user base, a favorable atrribute few rival firms can match.

Netflix was the first and only guest at the streaming party for quite some time, and this head start has now resulted in incredible economies of scale. The business is able to spend more money on content than its peers ($17 billion in cash this year alone), giving it a major competitive advantage. More dollars translate into a larger, high-quality content library, something that attracts subscribers in what is now becoming a very crowded space

In 2015, Netflix's operating margin was just 4.5%. For full-year 2021, management is expecting that figure to hit 20.4%, so you can easily see the operating leverage unfolding as its revenue and subscriber base increase. This level of profitability is evidently the tipping point for Netflix to start producing positive free cash flow in the years ahead.

Going forward, management still believes operating margin can rise roughly three percentage points annually. Though the margin growth will eventually level out, there is plenty of room for the company to keep plowing money into the content machine while at the same time generating cash. Wall Street will certainly look favorably upon this. 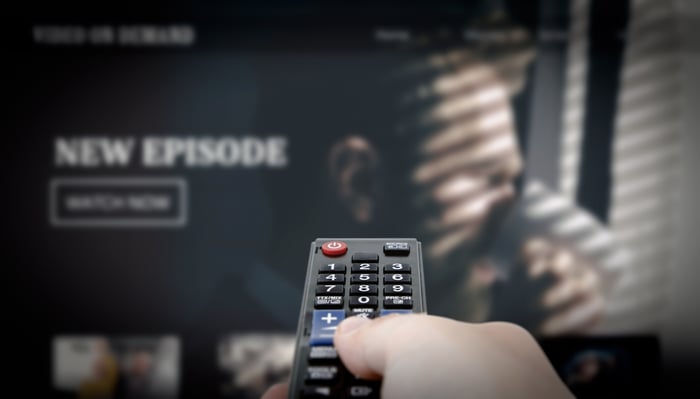 If we assume that revenue doubles over the next five years (which would mark a slowdown from Netflix's growth in the previous five years) sales would approach $60 billion in 2026. And according to the leadership team's margin expectation I discussed above, annual operating income would total $21 billion in five years' time.

Based on its market capitalization of $300 billion as of this writing, Netflix stock trades at 13.7 times its projected operating income in 2026. For being the clear leader in the burgeoning streaming industry with significant scale and first-mover advantages over its competitors, that valuation seems completely reasonable to me. Netflix's current market cap is about 46 times trailing-12-month operating income, so even if that multiple contracts over time, there's still plenty of upside for the stock.

Also, let's not forget Netflix is only in the early stages of generating cash, opening up the opportunity to expand the current share-buyback program or pay dividends, both of which can boost shareholder returns.

There's a lot to like about Netflix and its financial prospects. Recent trends in operating margin that we've all been witnessing are a clear indicator of what's to come.