The streaming-entertainment innovator has built up a core competency in creating wonderful content.

Netflix (NFLX -2.12%) is a well-oiled content machine. After releasing its first original series, House of Cards, in 2013, the Los Gatos-based company has become a major producer of hit series and movies loved by fans all over the world. As a result, the business has over 213 million customers today.

Consumers have an unlimited number of choices when it comes to entertainment, including the bevy of streaming services on the market today. But shareholders shouldn't worry just yet.

Netflix is still very much on top of its game. 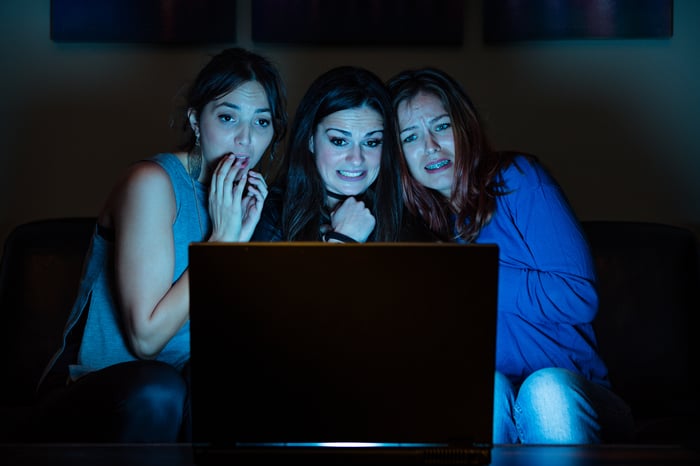 A force to be reckoned with in Hollywood

The smashing success of Netflix's shows and movies was never more apparent than in the most recent quarter. For example, Squid Game, the insanely popular South Korean thriller, was watched by 142 million member households in its first 28 days, making it Netflix's most successful show ever. Based on internal metrics, the show generated $900 million in value for Netflix compared to a paltry budget of just over $21 million. And recent films like Sweet Girl and Kissing Booth 3 have also been major wins for Netflix in the quarter.

Other series, like The Queen's Gambit and Lupin, have made a significant cultural impact. The former boosted sales of chess sets and increased interest in the game. The latter, on the other hand, propelled the book it was based on, written in 1907, to the top five on Amazon's best-seller list.

Netflix is continuing to focus heavily on creating local-language content to support international growth. La Casa de Papel was the first title that traveled well outside of its home country, thanks to subtitles and dubbing. Netflix's competency in foreign production is now on full display.

"We're now producing I think in roughly 45 countries around the world. It will be more than 50 next year, but again, still early days," CFO Spence Neumann highlighted on the third-quarter earnings call. What's impressive is that non-English language content is becoming popular even in the U.S., as Netflix has shown that compelling content transcends borders.

In order to provide investors with more clarity, Netflix is going to change how its content's success is measured. Instead of counting how many households viewed a particular show or movie, the business will keep track of the number of hours watched. Going forward, this will add more transparency to an important and widely followed industry data point.

Competing for our attention

Reed Hastings, Netflix's co-Founder and co-CEO, has previously said that his company competes with a broad array of activities, including going to restaurants, browsing social media, reading books, playing video games, and even sleeping.

When social media juggernaut Facebook, including its main app, Instagram, and WhatsApp, went down for a few hours in early October, Netflix experienced an immediate 14% rise in viewer engagement. Such is the competitive industry Netflix operates in, with businesses of all kinds fighting for consumers' attention.

It appears Netflix is top of mind when it comes to entertainment options, especially for the younger demographic. According to Piper Sandler's fall Taking Stock With Teens survey, the respondents (with an average age of 15.8 years old) spent 32% of their daily video consumption time on Netflix. In second place, unsurprisingly, was Alphabet's YouTube, followed by Walt Disney's Hulu in a distant third.

The worries about increasing competition in the space from a host of streaming services doesn't faze Netflix's leadership team. They've already had to deal with lots of competition from multiple sources ever since the business launched streaming in 2007. But even so, to see the company continue holding its position as one of the best places, if not the best place, to go for daily entertainment is remarkable.