After Butterfly Network (NYSE:BFLY) reported its earnings results for the third quarter, its shares were down as much as 21.5% on Monday. The digital health company, which is trying to bring medical imaging to everyone, drastically reduced its full-year guidance, and this move likely gave investors pause on the company's potential over the long term. As of 2:22 p.m. ET, shares of Butterfly Network stock are down 15.5% for the day.

Before the opening of the market this morning, Butterfly Network released its earnings for the three months ending in September. The top-line number looked solid, with revenue growing 44.3% year over year to $14.6 million in the period. But as we move down the income statement, things start to look a lot worse. 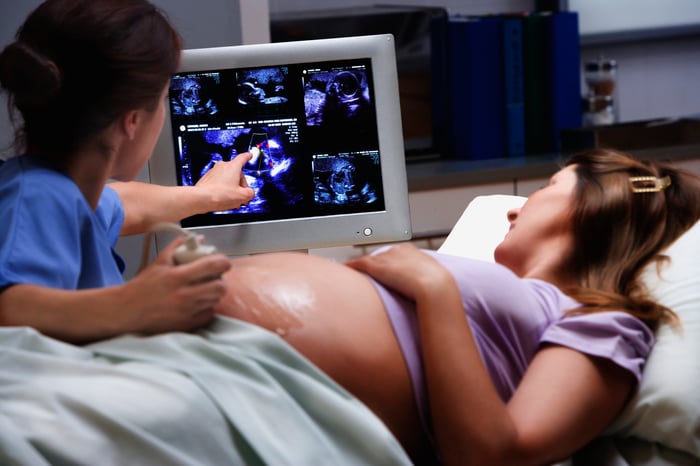 First, Butterfly's gross margin was negative 35% in Q3. This was mostly because of a non-cash charge on purchase commitments that Butterfly lost, so it doesn't impact the company's cash flow. However, losing a purchase agreement is not a good sign for a company that is supposed to be revolutionizing ultrasound imaging with its at-home Butterfly iQ+ device.

The worst part of the report came with Butterfly's guidance for 2021. Management now expects revenue to be $60 million to $62 million this year, which is significantly below the guidance it gave out in Q1 of $76 million to $80 million.

A share reduction in revenue guidance is never a good thing for a company and is likely a big reason why Butterfly's stock is down so much on Monday. With a market cap of $1.4 billion and an expectation of only $60 million to $62 million in revenue this year, Butterfly Network's financials need to grow significantly over the next few years. If that doesn't occur, the stock could fall much further from here.