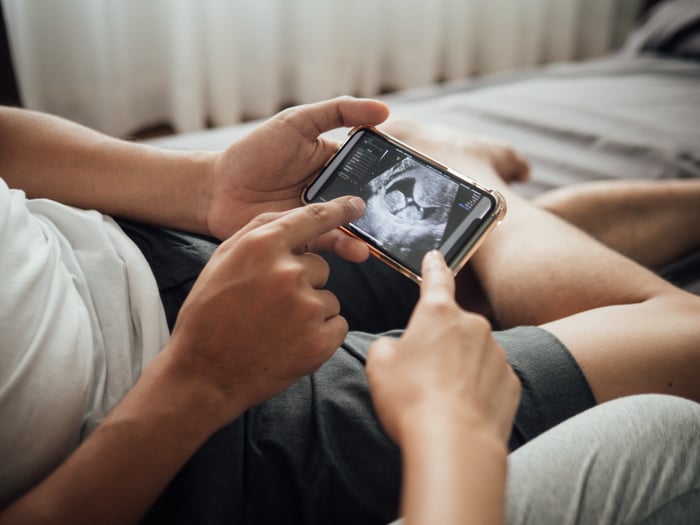 The company, which produces a whole-body portable ultrasound scanner and the software to interpret its results, bounced back from a 20% drop on Monday, when it reported third-quarter earnings.

Perhaps after a second look investors were more encouraged by the report and wanted to get in on the company's stock after it hit a dip. Revenue in the quarter was reported as $14.6 million, up 44.3% year over year. Broken down, product revenue was up 25.8% over the same period in 2020 while subscription revenue jumped 149.2% year over year.

The company lost money, just as it has done every quarter since it went public by a merger with special purpose acquisition company Longview Acquisition in February.

The company's Butterfly iQ+ device has the potential to be a disruptor. It makes ultrasonography available at an inexpensive price (under $3,000) to more medical practitioners, including veterinarians. It will likely be a slow process as regulations and the inertia of medical systems make any new medical device, particularly a somewhat revolutionary one, a tough sell.

However, because of the device's low cost and portability, the company could see strong sales in other parts of the world where ultrasound isn't readily available. According to Butterfly, more than 4.7 billion people around the world lack access to medical imaging. In line with that, the company just signed a partnership with Abdul Latif Jameel Health to bring Butterfly's iQ+ device to the Middle East, North Africa, Turkey, and India.

The healthcare company's future earnings may rely on it continuing to sell its scanners at a relatively low cost so it can make money on the back end via its software subscription service, which would likely have much higher margins. It's obviously a long-term stock to watch, but one that remains risky in the short run.