Please ensure Javascript is enabled for purposes of website accessibility
Log In Help Join The Motley Fool
Free Article
Join Nearly 1 Million Premium Members And Get More In-Depth Stock Guidance and Research
By Will Healy – Nov 16, 2021 at 7:42AM

The earnings report did not seem to register with investors.

Nonetheless, the reaction to earnings could point to continuing concerns about its competitive edge. The question for investors hinges on whether Wix has become a buy or if they should brace for further declines in the tech stock. 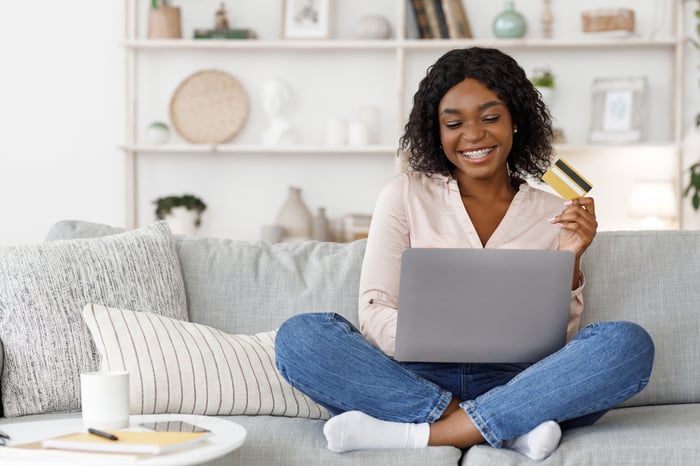 Wix has adeptly capitalized on its growing market. In Q3, Wix reported almost $321 million in revenue. That came in 26% higher than the same quarter in 2020 and above analyst estimates of $315 million. Moreover, the company reported Q3 earnings of $17 million after a loss in the same quarter last year.

However, the company increased its Q3 operating loss to $70 million, 41% higher than Q3 2020 levels. The company only earned a profit because it raised about $112 million in financial income, or income from private holdings, derivatives, and foreign exchange. Otherwise, Wix would have reported a non-GAAP (adjusted) loss of $12 million, or $0.21 per share. Analysts expected a loss of $0.42 per share.

The stock has lost nearly one-fourth of its value so far this year. Most of that loss came after the company lowered its full-year guidance in August amid predicted slowing growth as the world emerges from the COVID-19 pandemic. Wix has now reversed course, increasing revenue guidance to a range of $324 million to $333 million, a 17% increase year over year at the midpoint.

Still, a lower stock price is good news for new investors now that its price-to-sales (P/S) ratio has fallen to just under 10. This is comparable to its valuation before the pandemic. While that is above Squarespace's P/S ratio of eight, it remains much cheaper than Shopify's 45 sales multiple.

The company has also remained competitive in its industry. Website profiler BuiltWith estimates that Wix is second only to Shopify in terms of U.S. market share. It holds 13% of the market compared with 23% for Shopify and 11% each for Squarespace and the WordPress plug-in WooCommerce.

Moreover, ReportLinker estimates a compound annual growth rate of 29% for the global e-commerce market through 2025, representing an estimated $10.87 trillion in growth.

This rate of expansion implies tremendous growth potential for Wix. The question is whether it can build on that market share. Although Wix can compete on price and functionality, its competitors will have many of the same tools.

Nonetheless, a new product called Branded App by Wix could drive growth internationally. This allows businesses to build an app where they can sell to and engage with customers without the need for coding.

Still, its peer Shopify has stood out by transcending its identity as a software platform. Now that it offers fulfillment services, Shopify has developed a unique competitive advantage, at least among e-commerce platforms that sell physical goods. Fortunately for Wix, service-oriented businesses do not need fulfillment services, leaving a niche for Wix, Squarespace, and numerous other e-commerce-oriented platforms.

Should I consider Wix?

Wix's market share, its competitive sales multiple, and the overall growth of the e-commerce industry should bode well for its stock for the foreseeable future.

Nonetheless, Wix and most of its peers may struggle to hold a competitive edge. While Wix has built a potential advantage in Branded App, competitors will likely match this offering in time. Although Wix should prosper for some time, its future could become more uncertain if industry growth slows.