Both of these pure-play cannabis companies have a bright future, but one of them might have the advantage.

Marijuana sales climbed drastically amid the pandemic, and the boom took many U.S. pot companies' revenue to great heights. Many of them even reached profitability for the first time. The ramp-up of state legalization further boosted sales.

Among the domestic players that have performed exceptionally well this year, some small-cap multi-state operators (MSOs) stood out. Illinois-based Green Thumb Industries (GTBIF -2.37%) and Florida-based Jushi Holdings (JUSHF -0.35%) are rising stars in the cannabis space. Let's take a look at which among these two -- $5 billion-dollar Green Thumb or $803 million-dollar Jushi Holdings -- is the better stock to invest in now. 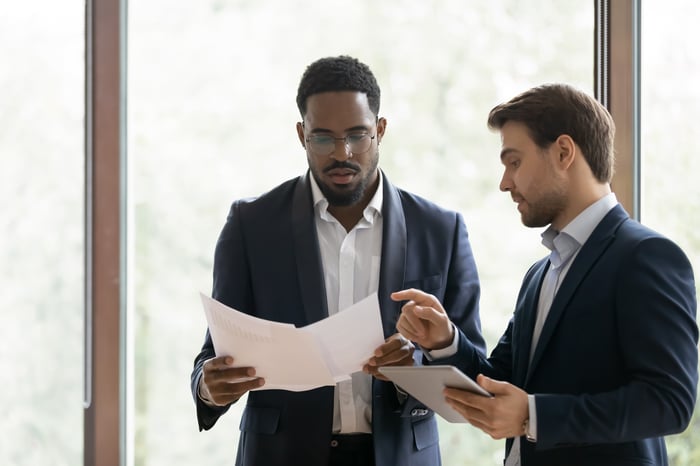 With 65 stores nationwide (and 13 of those added just this year), Green Thumb is expanding aggressively. The recreational cannabis legalization in its home state of Illinois, which happened in January 2020, has been a boon for the company. Through September, total recreational sales reached $996 million, and experts predict that total adult-use sales in 2021 will easily cross last year's $1 billion mark.

In its third quarter ended Sept. 30, the company generated total revenue of $234 million, a 49% year-over-year jump, the credit for which it gave to its branded products and increased traffic from its 65 operating stores in 13 states. Green Thumb also brought in GAAP net income of $20.8 million, versus a net profit of $9 million in the year-ago period. This marked its fifth consecutive quarter of profitability.

Green Thumb is all set to take advantage of the cannabis market in another state,  Virginia. In July, it closed the acquisition of cannabis grower and producer Dharma Pharmaceuticals. The state recently legalized recreational cannabis, and its market will open up in 2024. It also opened its third store in New Jersey, which legalized recreational marijuana in February, but retail sales won't begin until 2022. Having a market presence in the medical segment in these states will keep the company prepared to expand with ease when the recreational market opens.

Green Thumb holds 114 retail store licenses in 14 U.S. markets. Because cannabis is a highly regulated industry and not federally legal, some states are very particular about issuing licenses. Securing licenses is a lengthy procedure, so holding additional licenses gives a competitive edge to Green Thumb. The company hasn't discussed when it plans to use the licenses, but once it does, just imagine the hold it could have over the domestic cannabis market.

Compared to Green Thumb's wide national presence, this small-cap cannabis company has just close to 26 stores. But even with a small presence, its revenue growth has been impressive. In its second quarter ended June 30, its revenue jumped 219% year over year to $48 million. The company said the four markets of Pennsylvania, Illinois, California, and Virginia were responsible for bringing in new revenue.

From total revenue of $110,000 in Q2 2018 to $48 million in Q2 2021, the company has come a long way. Jushi's success can be accredited to its smart strategy of targeting limited-license markets, which restrict the number of licenses they offer and stores that can open in the state. This controlled the competition in these states allowing this small pot company to garner a loyal customer base. This strategy also brought in a net profit of $4.8 million in the second quarter, compared to a net loss of $9.3 million in the year-ago period.

On Nov. 2, the company opened its second store in Virginia, bringing its total to 26 stores nationwide. The recreational market in Virginia could bring in ample opportunities for Jushi. The company also acquired an Ohio-based medical cannabis processor and got access to an 8,000-square-foot facility in the state.

While growing revenue and profits, the company has also managed to keep its balance sheet stable. It ended Q2 with $126.8 million in cash and short-term investments and $85.1 million in principal amount of total debt (excluding current leases and financing obligations related to plants and equipment).

Even though Jushi Holdings is a good cannabis stock to invest in right now, because of its small size, investors may be skeptical amount taking a stake now. It could take a while for Jushi to catch up to the bigger players that are close to generating $1 billion in revenue for the year. Meanwhile, I think that Green Thumb Industries is in a more solid financial position to help investors grow their money drastically (and reliably) over the next few years. Whether federal legalization of cannabis happens or not, Green Thumb is poised to capitalize on the existing market, and its third-quarter earnings were a proof of that.

Sushree Mohanty has no position in any of the stocks mentioned. The Motley Fool owns shares of and recommends Green Thumb Industries and Jushi Holdings. The Motley Fool has a disclosure policy.

Why Investors Were High on These 2 Marijuana Stocks Today
410%