These archrivals are putting their differences aside to focus on a win-win idea.

When it comes to competition in the streaming video space, no rivalry has been around as long as Netflix (NFLX -0.27%) and Amazon's (AMZN -8.43%) Prime Video.

Netflix was a pioneer in streaming video, debuting the service it dubbed "Watch Now" in 2007 with just 1,000 titles, all produced by other content studios. Amazon dabbled with its streaming offering for several years, before rolling out its service to Prime subscribers in early 2011, launching with 5,000 pieces of "prime" content.

After what is arguably the longest rivalry in streaming video, the tech giants have joined forces to help their respective viewers find something to watch. 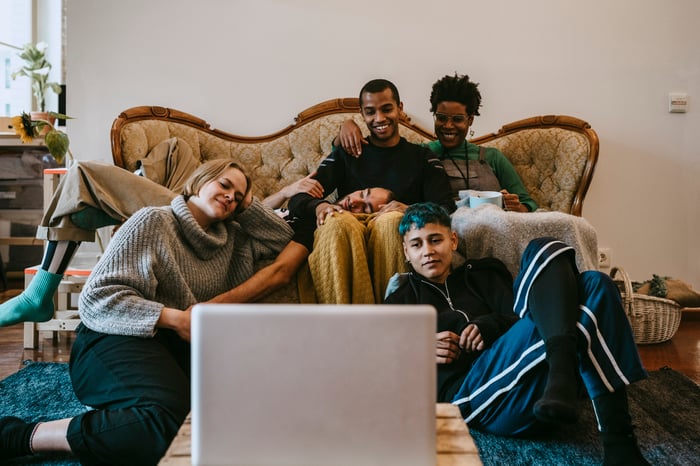 "Alexa, play something on Netflix"

In a blog post devoted to Fire TV, Amazon announced the Alexa voice feature that allows users in the U.S. and Canada to ask, "Alexa, play something on Netflix" to help surface shows based on the users previous viewing habits. The feature will initially be available on Fire TV devices with plans to expand further, though the partners were mum on the exact plans.

Amazon has a vested interest in getting its viewers to use voice commands. Charlotte Maines, the company's director of Fire TV laid out its strategy:

Over the past 12 months, we've seen that Fire TV customers that used voice engaged with content almost twice as much as those who didn't. With Fire TV and Netflix's 'Play Something' we can quickly help customers find the TV show or movie that's right for them."

The fact that Netflix and Amazon have partnered on this initiative is further validated by Netflix's contribution to the collaboration. The company's "play something" button, a feature on its TV and mobile apps, has been linked to Amazon's voice-controlled artificial intelligence (AI) and its streaming hardware.

Netflix has long battled "decision paralysis," also known as the "paradox of choice." When viewers are faced with too many choices, they can at times become overwhelmed, eventually choosing nothing at all. Amazon's blog post eluded to the issue, saying (emphasis mine), "For those times when you might need some help figuring out what to watch, Fire TV and Netflix are here to save you from the endless scroll."

Over the years, the company has introduced several features designed to prevent analysis paralysis. Back in 2006, Netflix sponsored a contest that offered a prize of $1 million to the team or individual that could improve its recommendation system by at least 10%, in a bid to help viewers find programming best suited to their taste.

Back in 2019, Netflix trialed a "random episode" feature that helped choose an aptly named random episode from among a viewer's favorite programs. More recently, the company went back to the drawing board, introducing a "shuffle play" feature, designed to help indecisive viewers find something at random.

As the worldwide streaming leaders, both Netflix and Amazon are fighting the battle of endless scrolling, and the olive branch is evidence of the need to find a mutually beneficial solution.

Amazon doesn't regularly share its user count, but said that Prime Video attracted 175 million viewers last year. For its part, Netflix closed out the third quarter of this year with roughly 214 paying subscribers worldwide, up 9% year over year, while price increases helped push its revenue up 16% to $7.48 billion.

The platform struggled earlier this year with tepid subscriber acquisitions in the wake of record-setting growth during the pandemic. Netflix has long said it pulled forward paying customers from this year, thereby accounting for the slowdown.

As the streaming video market matures, growth will inevitably slow, so finding ways to keep existing viewers engaged is of paramount importance. Joining forces to have "Alexa find something on Netflix" could be one piece of a rather complicated puzzle.