Shares of Connect Biopharma (NASDAQ:CNTB) were crashing 51.8% lower as of 11:31 a.m. ET on Friday. The big decline came after the company reported top-line results on Thursday from a phase 2 clinical study evaluating CBP-201 administered subcutaneously (an injection under the skin) to adults with moderate-to-severe atopic dermatitis.

Connect Biopharma said that the primary endpoint of the phase 2 study was met with all three arms of patients receiving CBP-201 "achieving significant improvements." So why did the biotech stock plunge?

Investors clearly weren't buying that the results were as positive as Connect Biopharma indicated. The company stated that the percentage reduction in the Eczema Area and Severity Index (EASI) score for patients receiving CBP-201 at week 16 was statistically significant compared to placebo. However, Connect didn't reveal what the specific improvements for each arm of the study were. 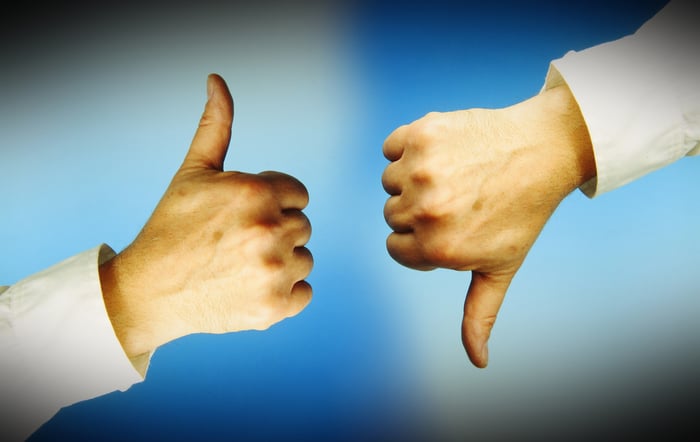 Also, the drugmaker said that all three arms of patients receiving CBP-201 met a secondary endpoint of statistically significant improvement, compared to placebo in the proportion of patients achieving at least a 50% or 70% reduction in EASI score at week 16. Again, though, there were no details provided.

There are already effective atopic dermatitis drugs on the market in the U.S., including Regeneron's and Sanofi's Dupixent and Pfizer's Eucrisa. Connect Biopharma would need to differentiate CBP-201 in terms of safety and/or efficacy to capture market share away from these existing products. The company's lack of more data with its phase 2 results seems to have lowered investors' confidence that's likely to happen.

Connect Biopharma now plans to advance CBP-201 into phase 3 clinical testing in mid-2022. The company is also conducting clinical studies of the drug in treating other indications, including asthma and chronic rhinosinusitis with nasal polyps.