iPads, schmi-Pads -- have you heard about Apple's electric car?

Shares of Apple (AAPL 3.52%) got a big boost last week -- rising every single trading day of the week -- as Bloomberg confirmed that the tech giant is "pushing to accelerate development of its electric car" and "refocusing the project around full self-driving capabilities."

Apple stock is up again today Monday -- a solid 3% as of 10:25 a.m. ET -- despite news of a different sort: According to Japan's Nikkei Asia, Apple's "Christmas sales" numbers are at risk. 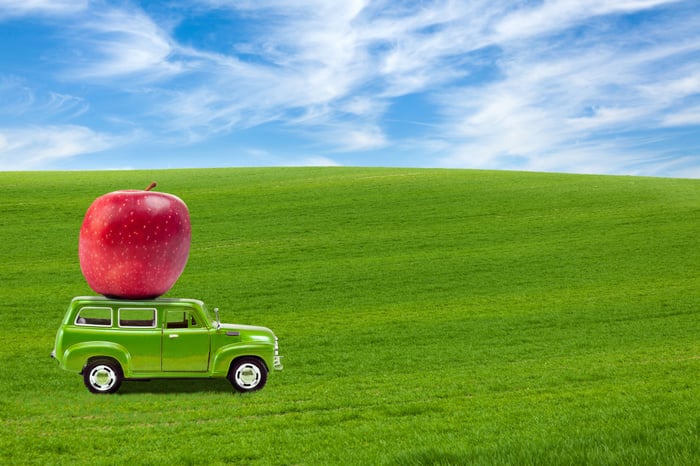 As the news agency proceeds to explain, "production constraints" including "COVID-related lockdowns in Vietnam and Malaysia and power restrictions in China" have disrupted Apple's supply chain to the extent that it "will not be able to deliver new iPads to consumers in key Asian markets in time for Christmas."

Now, the good news is that Apple's "iPhone first" strategy of prioritizing production and shipment of smartphones means Santa should have less difficulty getting hold of iPhone 13s in time for Christmas delivery. But something's going to have to give for that to work, and it seems that iPads are going to be the weak link in the chain for Apple this year.

Moreover, investors may be looking past the seasonal device-sales news entirely today, to focus instead on news of Apple's future electric car. In a note this morning, Yahoo! News quotes Wedbush Securities analyst Dan Ives estimating that there is a "75%, 80% plus chance" that Apple will build the car that Bloomberg reported on last week. Indeed, the analyst goes so far as to say that "this is a matter of when, not if."

Granted, this is basically the same thing that Bloomberg reported last week. But in Wedbush's opinion, Apple's electric, autonomous car might actually arrive as early as 2024, before Bloomberg's reported 2025 arrival date. Investors seem to like the sound of that -- a lot.