The e-commerce craze is benefiting a couple of stocks in particular.

Many traditional retailers have been under a lot of pressure this week, but in the e-commerce world, things have never looked better for some companies. In particular, shares of Etsy (ETSY -0.47%) and Global-e Online (GLBE -7.21%) were both jumping on Wednesday afternoon, and investors are hoping that what the two companies have done so far is just the beginning of a much longer growth surge. Below, we'll look more at what's making these two stocks move on the day before Thanksgiving. 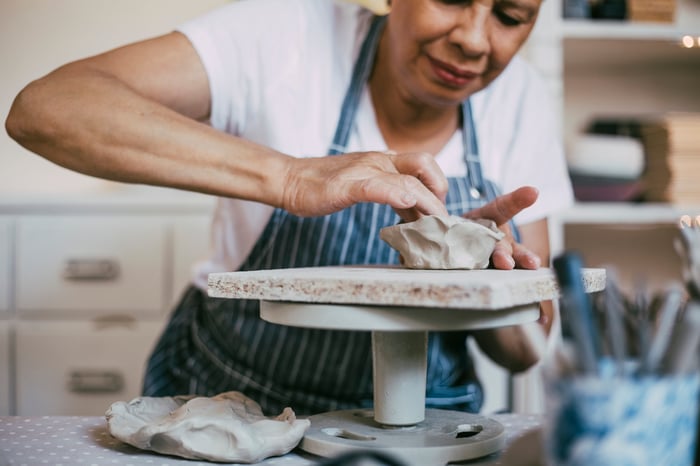 Global-e announced it would purchase Flow Commerce, which specializes in e-commerce software for cross-border transactions from emerging brand-name companies. The company believes that by making the purchase, it will be able to give some small-merchant customers access to Global-e services that they previously couldn't have used. Importantly, the deal could help deepen Global-e's relationship with Shopify (SHOP -1.30%), and Global-e indeed issued a warrant for an additional $70 million investment from Shopify at its discretion.

3 Unstoppable Stocks That Won't Keep You Awake at Night

These Unlikely 2020 Nasdaq Stock Winners Are Soaring Again in 2021