Shares of RLX Technology (NYSE:RLX) were sliding today after the Chinese e-cigarette company posted disappointing results in its third-quarter earnings report and as investors reacted to news that Didi Global would delist itself from the New York Stock Exchange following a blockbuster initial public offering (IPO) earlier this year. That news rattled investors and sent shares of Chinese stocks down broadly. 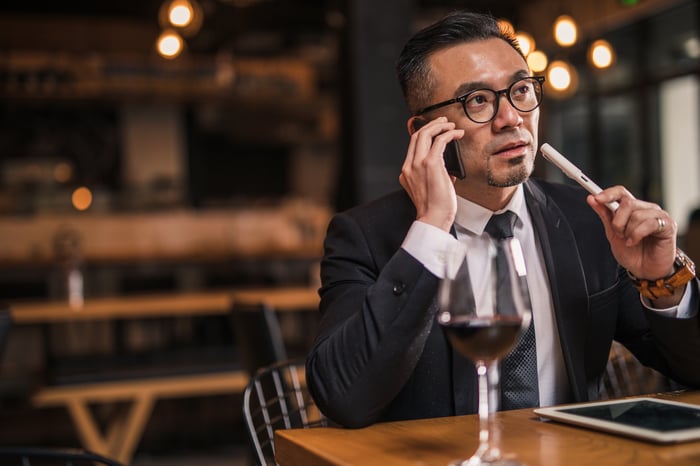 CEO Kate Wang expressed optimism that a new regulatory framework for tobacco products would help the company return to growth, saying: "We believe the sector will enter a new era of development, an era marked by enhanced product safety and quality, augmented social responsibilities, and improved intellectual property protection. These developments will pave way for long-term sustainable growth in this sector."

Elsewhere, the news about ridesharing giant Didi once again scared investors out of Chinese stocks. Though Didi not explain the decision, the move seemed to be a response to the Chinese regulators' demands in part due to concerns about data security. It's the latest sign of the fraying financial relationship between the U.S. and China and bodes poorly for other U.S.-listed China stocks. Didi plans to list on the Hong Kong exchange instead.

RLX didn't offer guidance in the quarter, but there are a number of reasons to be wary of the stock at this point, including Chinese tobacco regulations, the deteriorating investor climate in China, and the company's own weak results. It's best to avoid the stock until at least some of that smoke clears.