Revenue in the first quarter increased 48% to $366.1 million, which resulted in adjusted net income of $93.2 million, or $0.06 per American depositary share (ADS). The Chinese consumer discretionary company, which sells vaping products in China, attributed the growth to higher sales to offline distributors. Gross margin expanded to 42.9%, and RLX Technology finished the quarter with $2.2 billion in cash on its balance sheet. Most of that cash was raised in RLX's IPO in January. 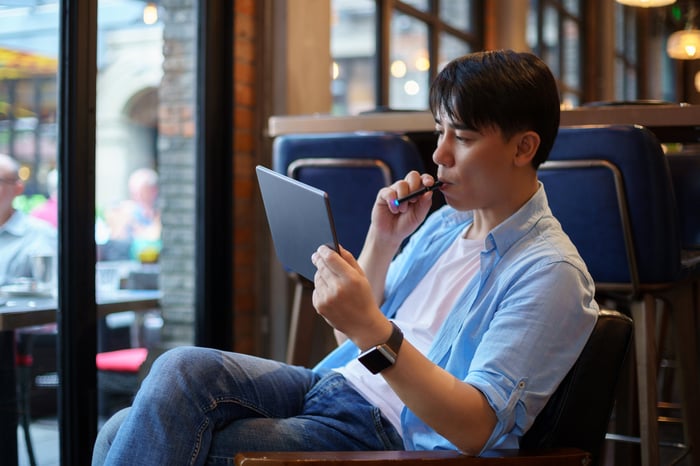 "2021 began, on a solid note, with strong growth in key performance metrics of our business," CEO Kate Wang said in a statement. "Specifically, our expansion in distribution network fueled a strong sequential growth, further demonstrating sustained user demand for our e-vapor product portfolio."

Investors may be rattled by ongoing uncertainties on the regulatory front. The Chinese government has proposed new rules that could regulate vaping products similarly to traditional tobacco offerings. There are concerns that the move could hurt the industry's growth, and RLX is the market leader for these products.