Buy-now, pay-later company Affirm Holdings (NASDAQ:AFRM) lost 22% of its value in November, according to data from S&P Global Market Intelligence. The decline in the stock price was part of a broader drop across the fintech industry, as inflation took hold and fear of the omicron variant sent stock prices down. 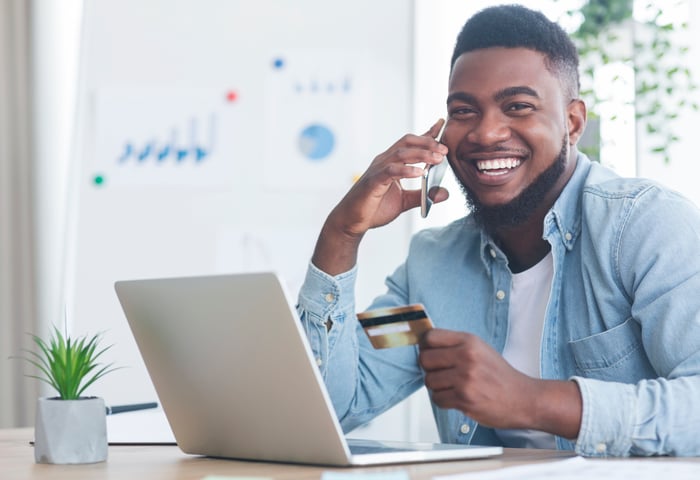 The up-and-coming fintech company launched its partnership with e-commerce giant Shopify earlier this year, and that helped catapult Affirm's merchant count from 6,500 in Q1 2020 to more than 100,000 this year. Active customers increased 124% year over year to over 8 million. Affirm also announced in November that it's expanding its relationship with Amazon, which will be the retail king's exclusive buy-now, pay-later partner through January 2023.

On the other side, earnings per share in the first quarter came in below analyst expectations, at a loss per share of $1.13. Wall Street's average consensus was $0.30.

In all, it was a solid report, with much to be excited about for the small but growing company. But economic headwinds caused high volatility in the stock market, specifically for fintech companies, which can be directly affected by government policies and economic trends.

Affirm wasn't a great performer at first after its initial public offering in January, but it had since exploded on its solid performance and strong partnerships. However, after the recent downward movement, Affirm stock is up only 9% year to date.

There isn't really any news specific to Affirm that should worry investors, though. It's demonstrating growth in its core products, and it's also launching new, complementary services that make it a stronger contender in fintech. Its new partnerships are an important part of its strategy in moving away from having a too-large chunk of its business concentrated in Peloton, and at an opportune time, as Peloton's growth looks to be receding. Affirm might prove to be a great growth story.