Please ensure Javascript is enabled for purposes of website accessibility
Log In Help Join The Motley Fool
Free Article Join Over 1 Million Premium Members And Get More In-Depth Stock Guidance and Research
By Rich Duprey - Jun 22, 2022 at 4:31AM

The once-hot investment money manager has cooled off, but savvy investors should still watch her stock picks.

There was a time when investing guru Cathie Wood could seemingly do no wrong. Her Ark Investment exchange-traded funds enjoyed white-hot returns that seemed to double investor's money, then double it again.

In 2021, though, her investing prowess seemed to cool off considerably. This year, her premier Ark Innovation ETF and Ark Next Generation Internet ETF are both down nearly 60%. Unsurprisingly, her bets on cryptocurrency are getting beat up by the nuclear winter the sector is going through. She's been a big buyer of Coinbase on its way down this year -- it's lost 80% of its value in 2022 -- and it is now a top 10 holding, accounting for over 4% of her entire portfolio.

Because of the market's extreme rotation away from tech stocks and crypto (and just about everything else in between lately), Wood's ETFs have taken it on the chin, but that doesn't mean she's not still a smart money manager. She's been buying Roku (ROKU -2.22%) and Tesla (TSLA -1.79%) in recent weeks, and they could make you wealthy over time too. 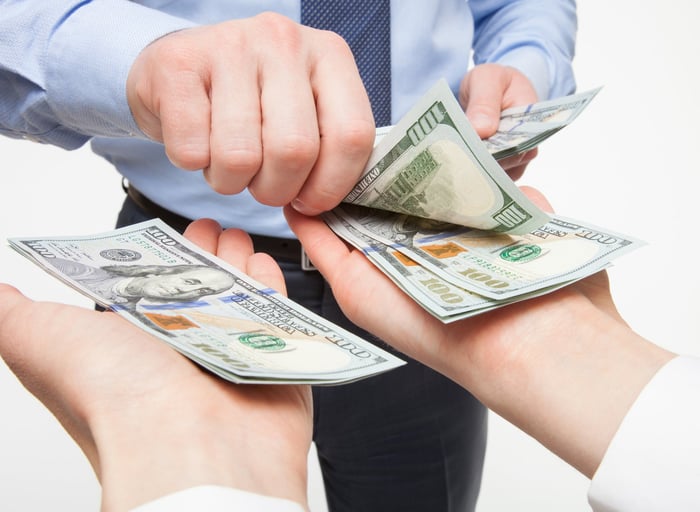 Rumors are making the rounds that Roku might be acquired by Netflix (NFLX -0.69%). That idea hasn't had an impact on its stock, which is down 64% year-to-date and has fallen 13% over the past month. Good, because you shouldn't be buying a stock based on a rumor, and you can still get the streaming platform's stock at a discount, regardless of whether there's a buyout or not.

Roku is the No. 1 smart TV operating system in the U.S., and it's still innovating where it counts, such as in its recent pact with Walmart (WMT -0.37%) to allow consumers to purchase items using their remotes while streaming content on TV. It seamlessly marries e-commerce and streaming, and does so as a partner with the biggest retailer.

While a recession could impact the amount of advertising it receives, it is still attracting greater numbers of subscribers to its platform, making it a destination advertisers will turn to so they're able to get the most bang for their limited dollars.

Analysts are still forecasting Roku will grow earnings at a 43% compounded rate annually over the next five years, and its cut-rate stock price could seem cheap in the years to come.

With gas prices at a record of more than $5 a gallon nationally, electric cars are getting a closer look by car buyers. Although the Biden administration has said the pain at the pump should help wean consumers off fossil fuels, the average cost of a new electric car is $60,000, versus around $45,600 for new cars in general. Of course, not everyone will be able to afford one, yet when even a used car is averaging almost $30,000, an EV has to be considered in the mix.

Tesla delivered almost 1 million EVs in 2021, and another 310,000 in the first quarter of this year, up 67% from last year. Musk once said he wants to deliver 20 million Teslas per year by 2030, and while that might be a tall order, it's clear Tesla is the EV maker to catch.

Its stock is down 38% in 2022, but it has become consistently profitable, and analysts still expect earnings to expand 43% annually for the next five years. It might not have the same growth trajectory it's enjoyed since its IPO in 2010, but Tesla is still likely to roar ahead once again as EV use expands.