It's hard to beat dividends. If you buy shares of a healthy and growing dividend-paying company, you can look forward to receiving dividend payouts regularly, no matter whether the economy is booming or sinking. (Yes, some struggling companies will occasionally decrease, suspend, or eliminate their dividends, but that happens relatively rarely.)

On top of those dividend payouts, you can also expect the share price to grow over time -- while the dividend gets boosted, as well. Hold on to a great dividend payer long enough, and you might end up receiving as much in dividends over the course of a year from a single share of stock as you originally paid for that share! 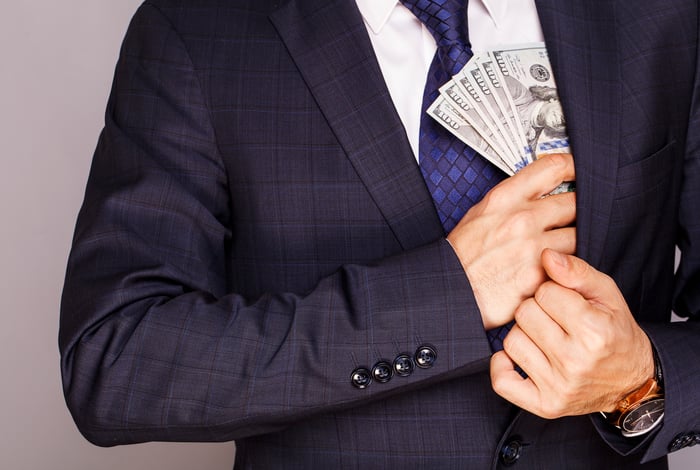 Without further ado, here are three solid dividend-paying stocks that should pay you year in and year out.

Digital Realty Trust (NYSE:DLR) is a REIT -- a real estate investment trust. REITs are required to pay out at least 90% of their income to shareholders, and Digital Realty Trust recently sported a dividend yield of 3.1% -- and it has been paying a dividend for 15 years now. Most people familiar with REITs imagine traditional real estate categories, such as offices, apartments, shopping center, and medical facilities. Digital Realty Trust is one of only a few companies in a relatively new real estate niche -- data centers. Thus, it owns many data centers and leases them out, collecting income from its tenants. Its customers include many big-name technology companies that need to house a lot of equipment. Think of all those cloud-computing companies, for example. Whatever you store in the cloud or access from the cloud (such as the videos you streamed last night) are housed in some physical equipment somewhere -- probably in a data center.

Digital Realty Trust's future looks quite promising, as our modern society is likely to be using more and more data -- in part because more products we use are becoming "smart," needing to store and access data. (Think, for example, of smart cars, smart thermostats, and even smart refrigerators.) Indeed, forecasters at IDC have predicted, "The amount of data created over the next three years will be more than the data created over the past 30 years, and the world will create more than three times the data over the next five years than it did in the previous five."

Global coffee powerhouse Starbucks (NASDAQ:SBUX) need little introduction. You may not think of it as a dividend source, but the company does pay a dividend, which recently yielded 1.8%. That might not seem like a lot, but it's roughly on par with the average yield of the entire S&P 500. Remember, too, that a dividend's growth rate matters a lot -- and Starbucks has been hiking its payout at a good clip: Over the past five years, it has increased at an annual average rate of 17.6%.

Starbucks has been able to increase its dividend aggressively because its business has been growing. The ongoing pandemic has presented a major headwind, but Starbucks has responded well, opening new drive-thru windows and introducing curbside pickups, among other things. In its last quarter, the company added  480 more locations, bringing its global total to 32,660, about half of which it owned and operated as opposed to franchising. Starbucks is expanding more aggressively abroad than domestically, too, as there is more growth potential outside the U.S., where it is rather well established. Operating costs are lower, too, in many countries.

Brookfield Infrastructure Partners (NYSE:BIP), unlike Starbucks, is far from a household name. It's well worth getting to know, though. For starters, its dividend recently yielded 3.8%, and that payout has grown by an annual average of about 9% over the past five years. (Note, too, that it's a master limited partnership (MLP), which means there are special tax rules for it and its investors, so read up on MLPs before investing.)

The company's name hints at what it does. It describes itself as "one of the largest owners and operators of critical and diverse global infrastructure networks which facilitate the movement and storage of energy, water, freight, passengers and data. The company's objective is to generate a long-term return of 12%-15% on equity and provide sustainable distributions for unitholders while targeting annual distribution growth of 5%-9%." More specifically, examples of the infrastructure it owns and operates globally include:

If all that suggests to you that Brookfield Infrastructure Partners is positioned to profit from all its assets for many years, you may want to take a closer look at the company as a potential investment.

Each of these three companies could serve you well over the long run, generating significant dividend income that, ideally, you can reinvest in more shares of stock. If you're in retirement, such stocks can generate income to supplement your Social Security checks. After all, the average Social Security check was recently less than $1,500 per month.