The U.S. economy contracted 0.1% in the fourth quarter. This was the first quarterly GDP decline since the peak of the Great Recession in 2009.

The headline is ugly, and it's raising fears that we're slipping back in a recession. But dig into the details, and there's a lot more than first meets the eye. This actually wasn't a bad report. 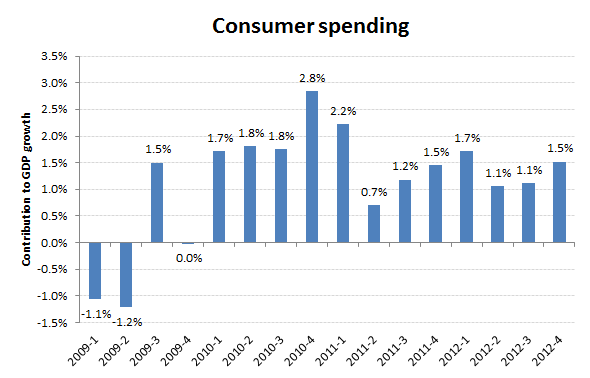 If the economy is contracting, you wouldn't know it, judging by consumers. They're still going strong. 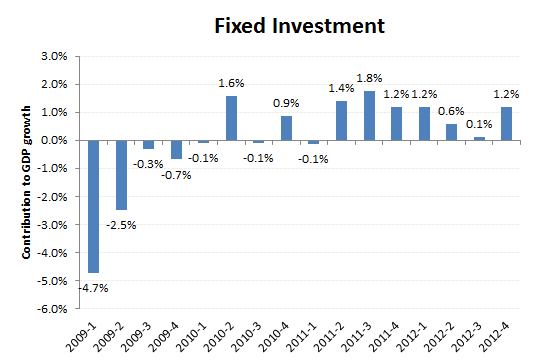 Net exports contributed 0.3 percentage points to GDP's decline, but that's not rare. As a country that has run a trade deficit every year for decades, net exports are almost always a small drag on growth.

So consumer spending was up sharply, total investment was flat, fixed investment boomed, and net exports weren't anything unusual.

Why was this such a bad report? 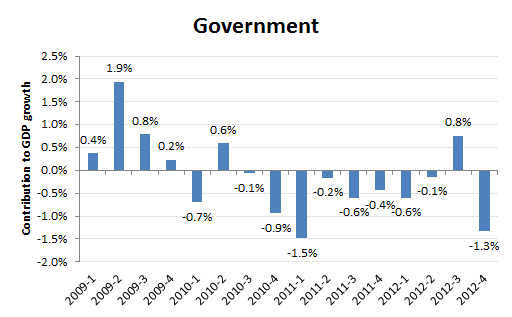 A slide in government spending sliced off 1.3 percentage points of growth in the fourth quarter as defense spending plunged. This was partially a calendar quirk, offsetting a third-quarter defense-spending surge, as the Bureau of Economic Analysis notes: "National defense decreased 22.2 percent, in contrast to an increase of 12.9 percent [in the third quarter]." 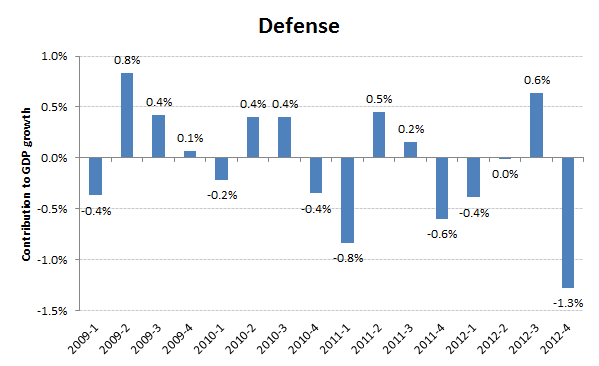 So add it up. If you exclude the plunge in defense spending, the economy would have grown 1.2% last quarter. The core drivers of the economy -- businesses investing and consumers spending -- are doing pretty well. This is how the economy booms while contracting.

GDP reports are always revised in subsequent quarters, too. Those revisions may be up or down, and there's really no way to predict the direction. But keep things in perspective: Profits are humming, housing is stabilizing, and the market is at a five-year high. Don't let one headline change your view.

The Economy Booms (While Shrinking) @themotleyfool #stocks Next Article
Current