Cloud computing company VMware (NYSE:VMW) thinks its stock could be worth a buy. The company announced yesterday that its Board of Directors has authorized up to $700 million in share buybacks by 2016. The shares can be purchased at any point between now and the end of 2015, and transactions can occur on the open market or through private transactions.

According to VMware, the decision is primarily based on the company's effort to offset share price dilution from its equity programs. This latest move adds on to VMware's previous November 2012 approval of $250 million worth of buybacks. As of this writing, shares are trading at $85.39.

Share buybacks are one tactic companies use to try to make each investor's shares more valuable. By effectively taking more shares "off the table," each stock represents a slightly larger piece of ownership. With its own stock price down 9.6% in the last year, VMware seems to think its valuation might be worth some repurchases. 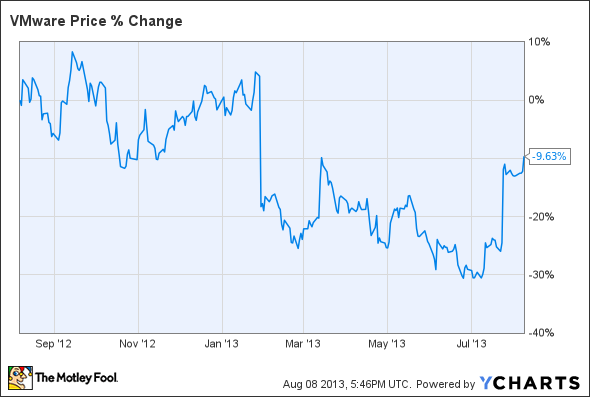