The winds of change are sweeping through New England, and Massachusetts is the battleground. The energy landscape is changing, and there's no better symbol for the change than the sight of wind turbines on the horizon. In New England's largest renewable energy effort to date, Massachusetts has signed several 15-year power-purchase agreements, totaling 409 megawatts of wind power.

Utility players
Filing contracts with the Department of Public Utilities in September, Massachusetts' four utility companies, National Grid (NYSE:NGG), Northeast Utilities System's (NYSE:ES) subsidiaries NSTAR and Unitil (NYSE:UTL), and Western Massachusetts Electric, were originally looking to add 565 MW of wind power to their portfolios but have had to reduce the number of projects for various reasons. Becoming operational in 2015 or 2016, the wind farms are expected to save $853 million for ratepayers over the length of the PPAs.

The development of these projects should provide some stability to New England's chaotic energy situation. The signing of the wind farm PPAs comes on the heels of recent announcements by several major power plants that they will be retiring in the next three years.

According to a recent article in Forbes, New England's utilities are experiencing severe capacity deficits and rising wholesale prices; consequently, 10% of New England's existing power plants have announced that they plan to retire in the next three years. Since the power output from wind farms is consistent, and wind is not subject to volatility in market prices, like oil and natural gas, the PPAs should help to stabilize the utilities' dividends. 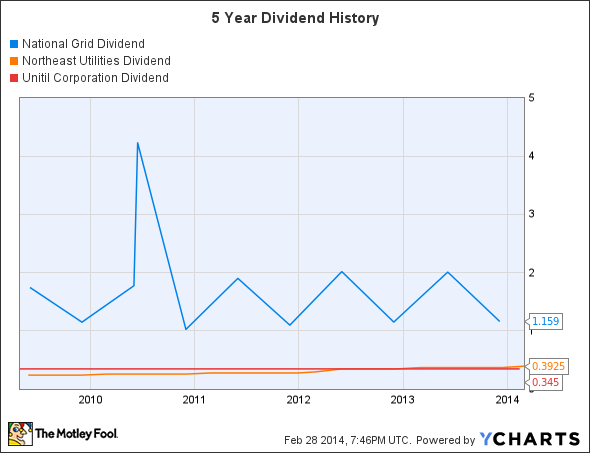 Future allies?
Of the 409 MW of contracted power, First Wind will develop two wind farms, totaling 333 MW in Maine. Responsible for the other 76 MW is Iberdrola Renewables, which will develop a wind farm in New Hampshire. Both companies are experienced in the development of wind farm projects. In its portfolio, First Wind has 16 projects, which represent a capacity of 980 MW. Iberdrola has more than 4,800 MW of wind projects in the U.S., while parent company Iberdrola S.A. has more than 12,500 MW of global wind capacity.

Although not involved in the Massachusetts deal, Pattern Energy Group (NASDAQ:PEGI) is a pure-play on wind energy -- a company that can certainly profit from states' and utilities' growing interests in incorporating more wind-powered energy into their portfolios.

The company owns and operates 10 projects, in the U.S., Canada, and Chile, which amount to 1,255 MW of total owned capacity. Having just released its second earnings report since going public last year, Pattern Energy's performance has been impressive and may very well be a model for other wind power companies like First Wind to go public.

For 2013, Pattern Energy recognized impressive growth on the top and bottom lines, translating to growth in the cash available for distribution, or CAFD.

In November, the company announced a quarterly cash dividend of $0.3125, and it has targeted an 8%-10% annual growth rate for CAFD per share over three years.

The battle at sea
Despite the strides that Massachusetts has made in increasing onshore wind capacity, the state also recognizes the potential in offshore wind farms. In the epic tale of U.S. offshore wind, Cape Wind has figured prominently, for it is on the verge of installing the nation's first offshore wind farm. Situated in Nantucket Sound, 130 turbines, provided by Siemens, will produce up to 420 MW of power for Massachusetts.

Cape Wind is on the verge of receiving $600 million in financing from EKF, a Danish export credit agency. Construction is expected to begin shortly after Cape Wind completes project financing, which is scheduled to occur in the third quarter. Initial power production is expected to begin in 2016. Currently, Cape Wind has signed PPAs with two utilities -- National Grid, which will be purchasing 50% of the generated power, and NSTAR, which will be purchasing 27.5%. The remaining 22.5% has not been sold yet.

The Foolish takeaway
It's easy to discount it as a passing trend that will soon fade away, but there are plenty of signs suggesting that wind power is a viable alternative to traditional power plants. For those looking to invest in forward-looking utilities, considering those that are adopting alternative energy sources would be a wise move. And for those willing to take on a little more risk, Pattern Energy offers an interesting opportunity to gain exposure in the energy space.