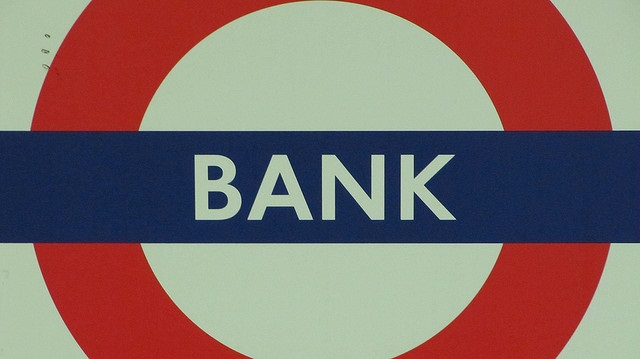 BofI Holding, (NYSE:AX) just notched its first kill on the hunt for deposits. The company announced it would acquire some of H&R Block's (NYSE:HRB) banking business, and service its prepaid card program.

Here are 5 things shareholders should know about the deal.

2. Cross-selling opportunities are plenty
It's one thing to acquire deposits. It's another to acquire customers. BofI Holding management asserts that it can cross-sell new products to the 300,000 IRA customers, which could lead to new deposits and better mortgage originations for the online bank. 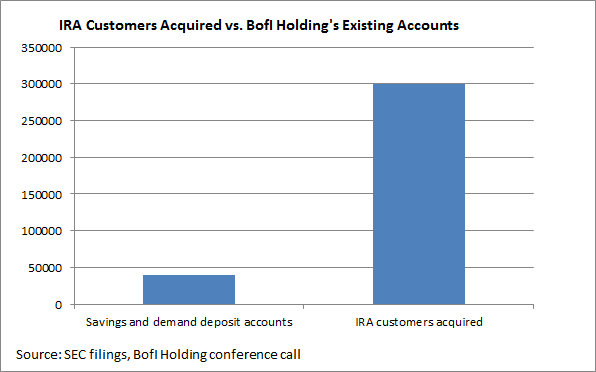 Keep in mind as of the last earnings report, BofI Holding had only 39,000 savings and demand deposit accountholders. Retirement accountholders thus present BofI Holding with the opportunity to add thousands of new customers with minimal marketing spend.

3. A new lending segment
The terms of the agreement with H&R Block also puts BofI Holding in the business of making shorter-term, personal loans. H&R Block's bank offers something similar to a "tax refund loan," in which tax filers can borrow to get access to their future refund today.

While these aren't secured by tax refunds receivables -- for regulatory reasons, no doubt -- the underwriting process and origination fees make for an incredibly profitable opportunity.

These are highly profitable loans in which BofI Holding will share in 10% of the credit risk, and 10% of the profits. H&R Block will take on the other 90% of originations.

Notably, H&R Block's loans are typically disbursed on a prepaid card, and thus, it's likely that for every dime deployed in lending, BofI Holding will record another dollar in deposits.

4. Dollars and cents
After all additional costs, the deal should add about $19-22 million in annual pre-tax profits to BofI Holding. But that's just the beginning.

That number includes on the revenue from the prepaid card program and tax refund loans. It does not include the potential upside from net interest margin as BofI Holding redeploys its new deposit base in interest-earning assets, arguably the best part of the acquisition.

If BofI Holding can deploy the new deposits in higher-yielding mortgages, it could add as much as $20 million in interest revenue at a rate of 4% per year. That would bring total pre-tax profits closer to $40 million per year.

5. No price, yet
Unfortunately, neither BofI Holding nor H&R Block have disclosed a price for the transaction. However, we know now BofI Holding wasn't selling stock in the first quarter to pay for the deal. We also know from the call it will probably close by next tax season.

The Foolish bottom line
This deal looks great for BofI Holding's deposit base and loan growth. Ultimately, though, the economics of the deal come down to the price -- just how much did BofI Holding pay to secure H&R Block's low-cost deposits?

If the price is right, this could be a blueprint for BofI Holding's future growth by acquisition strategy to gain low-cost, long-term deposits and drive its growth.