If you're on the hunt for great bank stocks, a good place to start would be the five most efficient. 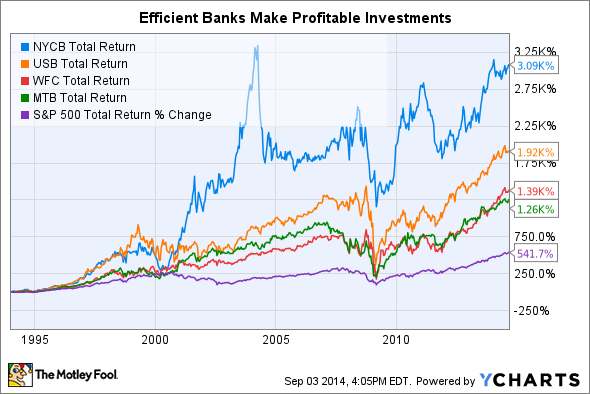