Warren Buffet's Berkshire Hathaway (NYSE:BRK-A) (NYSE:BRK-B) has recently announced the acquisition of Duracell from Procter & Gamble (NYSE:PG) for approximately $4.7 billion. Let's take a look at this massive deal and the main implications for investors.

The deal
In a transaction that is expected to close in the second half of 2015, Procter & Gamble will first recapitalize Duracell with approximately $1.7 billion in cash. Berkshire Hathaway will then exchange its Procter & Gamble shares, worth roughly $4.7 billion at current prices, for a full ownership in the recapitalized Duracell.

The deal is structured as a stock swap in order to save enormous amounts of money in taxes. According to Berkshire Hathaway's 2013 annual report, the company's 1.9% stake in Procter & Gamble was acquired for a cost of nearly $336 million. At a current price of nearly $89.8 per share, Berkshire's position of nearly 52.5 million shares has market value in the neighborhood of $4.7 billion. 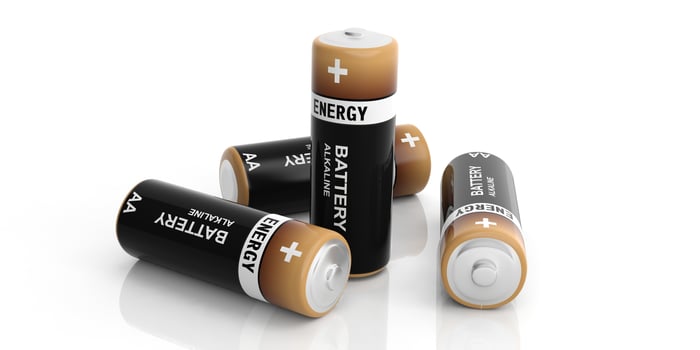 When including both federal and state taxes, the tax bill on Berkshire's massive capital gains could be in the area of 38%, so Buffett is clearly saving loads of money in taxes with this maneuver.

In fact, this is not the first time Warren Buffett has resorted to stock swaps to circumvent taxes. In December 2013 Berkshire announced the acquisition of a flow improver business from Phillips 66 in exchange for shares it owned in the company. Similarly, in July 2014 Berkshire swapped its position in Graham Holdings for a Miami-based TV station, cash, and shares of Berkshire Hathaway owned by Graham Holdings.

Say hello to an old friend
Warren Buffett and Duracell are old friends. Buffett  bought a $600 million stake in Gillette, then the owner of Duracell, via preferred shares in 1989. This gave Buffett an ownership of nearly 9% in Gillette and a seat on the company's board.

Procter & Gamble bought Gillette in 2005 via a $57 billion deal financed 60% in stock and 40% in cash. Buffett referred to the acquisition as a "dream deal" at the time, which should come as no surprise considering that Berkshire made a massive gain of more than $645 million in a single day as the deal was announced. All in all, Berkshire Hathaway gained approximately $4.4 billion plus dividends in its Gillette position over the years.

"I have always been impressed by Duracell, as a consumer and as a long-term investor in P&G and Gillette. Duracell is a leading global brand with top quality products, and it will fit well within Berkshire Hathaway."

Said the Oracle of Omaha in the press release announcing the latest deal.

The new Procter & Gamble
Procter & Gamble is going through a transformation, the company plans to sell between 90-100 of its brands, retaining its most dynamic names. CFO Jon Moeller said during the latest earnings conference call: "Over the next 18 to 24 months we will create a faster growing more profitable company that is far simpler to operate."

Duracell is a solid industry leader with a market share of nearly 25% according to Procter & Gamble's latest annual report. However, sales growth has been uninspiring lately, and Procter & Gamble is clearly trying to accelerate growth at the top line.

Buffett, on the other hand, is typically more focused on predictability and competitive strength than revenue growth. It makes sense to think that Duracell fits better in Berkshire Hathaway's portfolio than in Procter & Gamble's renewed growth ambitions.

Procter & Gamble is looking for more growth, while Buffett is more about competitive soundness and stability. It looks like both parties got what they need in this transaction, and they saved a lot of money in taxes too.