The biggest take away from Eaton Corp plc's (NYSE:ETN) third-quarter conference call is probably the dichotomy between U.S. growth and growth elsewhere in the world. CEO Sandy Cutler described it as A Tale of Two Cities. While that's a big concern, there are plenty of positive things going on that could push shares higher.

Overall business has been good
The stronger of the two "cities" referenced was the United States. A country that alone makes up half of Eaton's sales. While the company lowered its end market growth expectations as 2014 progressed, it was foreign markets that caused the changes. Unfortunately, next year is expected to be similar: Cutler is calling for U.S. end market growth in the 3% range, while the rest of the world is pegged at 1%.

Even if the 2015 call proves prescient, U.S. strength will help support earnings in what would otherwise be a weak market. This alone might be enough to move the share price higher. But add in the fact that the company's electrical business is doing reasonably well (61% revenues), the Vehicles segment is prospering (17%), and the aerospace division (8%) is doing really well, and it looks like there are more positives than negatives right now.

And all three of these segments are seeing solid or even good bookings for future business. So, it doesn't appear that a slowdown at Eaton is in the cards. The only really weak business is hydraulics, where sales and orders are both relatively weak. And even there, the issue is largely contained to one sub-sector: agriculture.

So, even though there's been weakness in the global market, so far, Eaton Corp has been navigating it relatively well. And all indications suggest future business is holding up. Another big plus for Eaton is the continuing integration of the late 2012 purchase of Cooper Industries. This deal, the largest in the company's history, has allowed Eaton to expand its product portfolio and geographic reach. And the benefits aren't done yet. For example, Eaton expects to get another $260 million or so in synergy benefits by the end of 2016. That's mostly from cost saving, but also includes revenue benefits from such things as a broader product portfolio facilitating deeper relationships with core customers and a larger installed base of products on the service side.

If Eaton can keep this performance going, the shares are likely to respond well. Sometimes, being the cleanest dirty shirt is a good thing.

Aerospace is growing fast
The Aerospace division is the company's smallest area, at just 8% of sales. But this is a sector likely to grow quickly in the years ahead as emerging economies around the world continue to develop. This will be true even if that growth is slower in the future than it has been in the past. For example, Boeing projects that the worldwide airplane fleet will more than double between 2013 and 2033. It expects over 36,000 new aircraft, worth more than $5 billion, to be sold over that time. 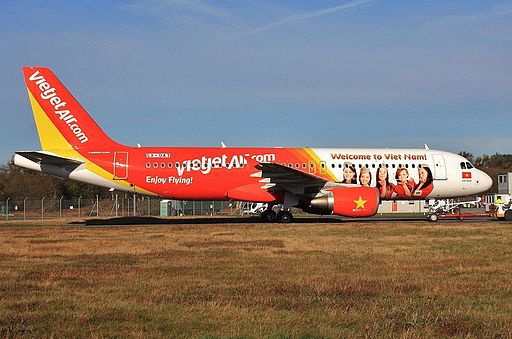 That means Eaton's smallest business has a potentially large market to grow into. And with bookings up an impressive 12% in the third quarter, year over year, there's every reason to believe the company is making the right moves to be a big part of the industry's growth. Eaton's aerospace business offers parts that control aircraft movement, the pumps, couplings, and hoses that move fuel and other fluids, and the ground support systems that fuel aircraft, among other things. While these aren't "sexy" products in and of themselves, you can't build and fly aircraft without them, and they all sit right within Eaton's skill set.

Watch this business -- it could be a bright spot that increasingly helps lift the shares as it becomes more and more important to the top and bottom lines. Notably, the company believes that the aftermarket is starting to improve, which could lead to a multi-year improvement in orders and margins. Note, too, that Eaton is fine tuning this business, selling product lines where it isn't an "industry leader" so management can focus its attention on the segments where it has the strongest industry positions.

Global leaders are pushing the pedal
Eaton is being open about its global growth concerns. However, the world isn't a static place. China just lowered interest rates to support growth, Japan just postponed a planned sales tax hike to boost growth after falling into recession, and Europe is pushing its economy, too, with Mario Draghi explaining that the European Central Bank he heads will "do what we must" to spur growth.

These are just three big and recent examples. The point being, slowing global economies aren't going to be allowed to linger. Just as Eaton had to lower its global outlook throughout 2014, it could just as well have to raise its projections in 2015. If that happens, half of the company's business will be stronger than currently expected. This is, obviously, outside of Eaton's control, but if it's positioned well in a slowing market, it will be even better positioned in an improving one.

Holding up and maybe more
Eaton is holding its own despite the global weakness it has been dealing with in half of its business, the agriculture sector being the big negative. This fact alone could lift the shares. A compelling opportunity to expand in aerospace adds a growth element to the picture. And if global leaders succeed in pushing the accelerator, Eaton will likely be a standout performer all around. Yes, slowing global growth is a big issue, but it looks like Eaton's got a handle on it.