As we should all know by now, e-commerce powerhouse Amazon.com (NASDAQ:AMZN) isn't afraid to challenge the status quo.

Love it or hate it, Amazon has grown from a tiny online bookstore into one of the most formidable forces in American commerce today, enriching its shareholders and upending entire industries in the process.

As a resident of lower Manhattan, I live within the delivery zone of one of Amazon's newest programs: Amazon Prime Now. Here are three observations from my first encounter with this rapid delivery service.

Available to Prime subscribers residing in select areas of Manhattan, Amazon Prime Now promises delivery of "thousands" of everyday items straight to your door in as little as an hour. I figured I had to give it a try. 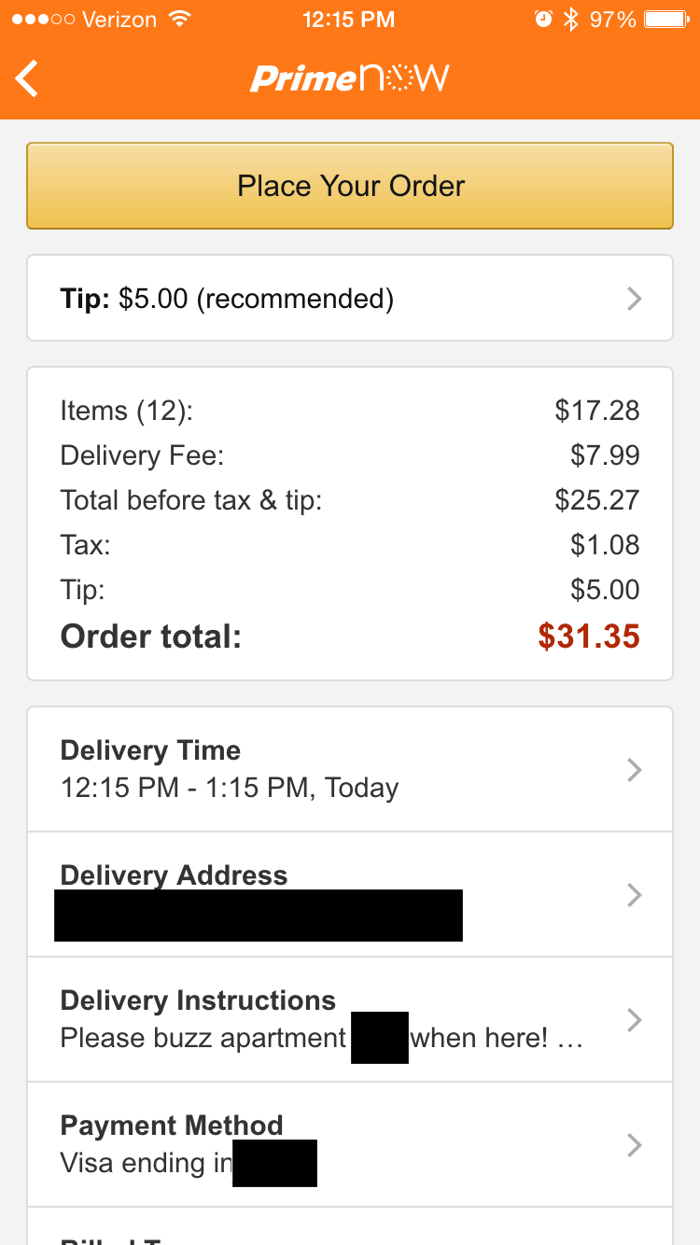 Rather than operating through Amazon's website or pre-existing apps, Prime Now operates through an independent mobile app, which is available through Amazon's Appstore, the Apple App Store and Google Play.

Still reeling from what could conservatively be described as an overindulgent holiday at home, I had health food on the mind. I quickly and easily located a number of healthy consumer staples on Prime Now. The service requires that shoppers spend a minimum of $15 (plus $5 suggested tip), so I settled on a dozen Honest Teas to meet the required threshold and hit order. So far, so good.

The app then shifted to an order-tracking screen that in theory should have allowed me to follow my tea from Amazon's new NYC outpost near the Empire State Building to my apartment. 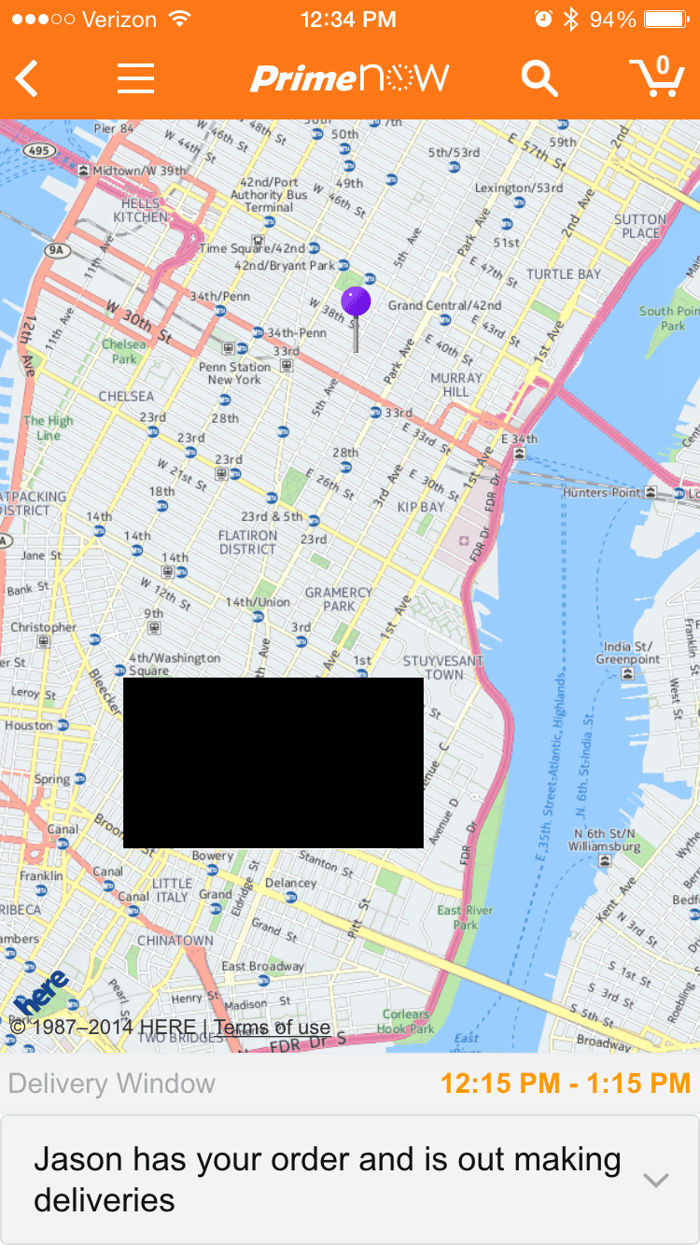 Although my order arrived on time, I was unable to follow the progress of my items. Obviously, this isn't the end of the world but for a feature Amazon wants me to see, the monitoring portion of the service left something to be desired.

The one-hour delivery option includes a service fee of $7.99, while delivery within two to four hours is free for Prime members. For the purposes of this article, I paid extra for the faster service. Either way, I found the overall Prime Now experience largely satisfactory.

2) Coming to a market near you?
Like the company's slowly expanding grocery delivery service, Amazon Fresh, Prime Now has managed to generate outsized interest from consumers, investors, and the media. Also like Amazon Fresh, however, Prime Now probably won't move the needle for Amazon investors anytime soon.

These initiatives are not destined for mass rollout -- they simply don't scale well to markets with low population density. Urban centers such as New York and San Francisco, with their existing network of couriers and full-time delivery drivers, make it possible to distribute an item in under one hour. The same cannot be said for a farming community in the heartland that is hours from Amazon's closest fulfillment facility.

Many hope that emerging tools such as drones might one day make that possible. However, in the near term, pilot programs such as Prime Now are untenable for a national rollout.

3) Behold the power of Prime
Despite the limited financial impact of Amazon Fresh and Prime Now, the basic Prime service is shaping up as one of the most powerful tools driving the company's growth.

For starters, Prime users tend to purchase a significantly greater volume of goods on Amazon than the average user. According to a Morningstar analysis, Prime members on average spend $1,224 on Amazon annually, compared to $505 for non-Prime shoppers.

It has also been estimated that Prime users on average incur $55 in annual shipping costs and consume roughly $35 in various content. If true, this suggests the annual membership fee produces $9 of gross profit per year that Amazon can use to help offset key costs such as fulfillment. Since content and fulfillment expenses are fixed in nature, each new Prime member helps dilute his or her negative impact on Amazon's operating margin. This is why the 10 million Prime users Amazon added during the holidays are a big deal, but that's a matter for another article.

Beyond the basic dollars and cents argument, Prime also creates "stickiness" for Amazon's services, a hugely important and rare trait in today's constantly connected retail environment. Since Prime members already pay $99 upfront for the service, they are economically incentivized to purchase as much as possible through Amazon. It's an ingenious mechanism that helps keep consumers shopping on Amazon's platform and away from the competition.

So while Amazon Prime Now might not represent the future for most Amazon users, at least in the near future, Prime is clearly playing a role in positioning the company as the dominant player in online retail for years to come.