Following the collapse of Pfizer's (NYSE:PFE) $118 billion bid to buy AstraZeneca (NASDAQ:AZN), it has been endlessly intriguing to speculate on the U.S. pharma giant's next acquisition target. Pfizer put an end to some of that speculation by announcing Thursday it would buy specialty drugmaker Hospira (NYSE: HSP) for $17 billion, including debt. Here's why I think Pfizer's decision to jump into the biosimilar market is both timely and likely to pay off handsomely.

Promise and profit
Following the end of patent exclusivity on Pfizer's blockbuster cholesterol drug Lipitor in 2012, the company has been hunting for ways to recoup lost sales. So far, that hunt has come up short. Pfizer's trailing 12-month revenue slid from roughly $65 million prior to Lipitor's patent expiration to less than $50 billion in 2014. 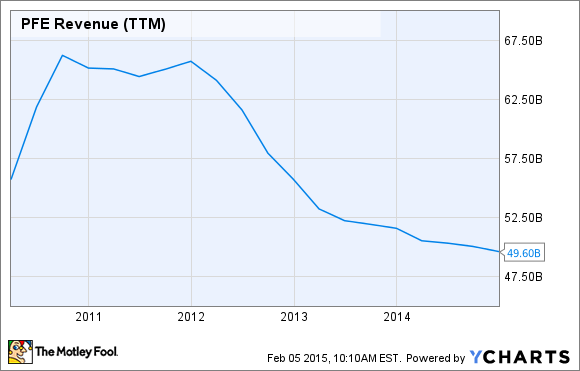 As a result, Pfizer's acquisition strategy appears to be singularly focused on deals -- such as the failed AstraZeneca buyout and this Hospira acquisition -- that offer both current profitability and promising pipelines for future growth.

Big potential
In Hospira, Pfizer lands an established global player with significant experience in developing and marketing specialty medicines. Specialty medicines are seeing increasing demand and already account for 68% of Hospira's sales. As a result, Hospira's trailing 12-month revenue jumped from less than $2.75 billion in 2008 to $4.4 billion last year. 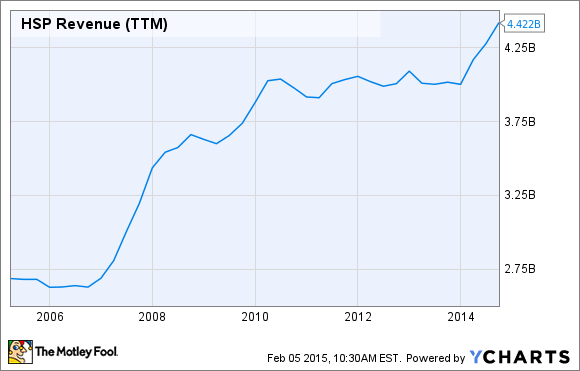 Importantly, Hospira believes the market for its specialty injectable drugs could grow for years to come. Since 2012, the company has filed for regulatory approval of 150 molecules; in its recent presentation at the JP Morgan Healthcare Conference, Hospira indicated its cumulative submissions to regulators could double by 2018.

Hospira also markets pumps that are used to deliver infused medicines such as pain medication, but the company's (and now Pfizer's) biggest market opportunity could be biosimilars.

Until now, the market for generic drugs in the United States has been limited to copies of small-molecule therapies, such as generic alternatives to Pfizer's Lipitor, rather than addressing hard-to-duplicate and expensive biologics. But that is changing.

European regulators have already approved three Hospira biosimilars, including alternatives to the multibillion-dollar per year autoimmune drug Remicade and the cancer drug Neupogen. In January, a key FDA advisory panel unanimously backed approval of a biosimilar for the first time; although that vote of confidence wasn't for a Hospira biosimilar -- it was for Novartis' (NYSE:NVS) Sandoz generic business unit -- it is an important first step that could open the door for a series of additional approvals in the future.

Hospira in December filed for FDA approval of its biosimilar to the kidney disease blockbuster Epogen. Since the company already markets that biosimilar in Europe, the odds could be good for U.S. approval.

Boosting the bottom line
Ahead of this deal, Hospira had guided for operating margin growth from 37% in 2013 to the mid-40% range by 2018.

The anticipated increase in operating margin suggests Hospira's earnings power could significantly enhance Pfizer's bottom line over the next five years. In the year ended in September, Hospira's trailing 12-month EPS had already climbed from less than $1 to nearly $2; analysts' estimate for 2015 was for EPS of $2.38. 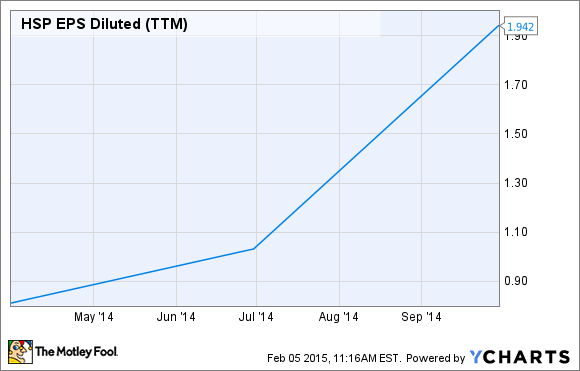 Hospira's profitability is expected to make the acquisition immediately accretive to Pfizer. The drugmaker forecasts Hospira will boost its EPS by between $0.10 and $0.12 during the first 12 months after the deal closes. Additionally, Pfizer thinks it can carve out $800 million in overlapping costs and inefficiencies out of Hospira's business by 2018. If so, then Hospira could add considerably more to Pfizer's bottom line over the next few years.

Looking ahead
Hospira's lineup of specialty injectible medicines, enticing opportunity in biosimilars, and profitability suggest that Pfizer's purchase could prove transformative, especially if biosimilars' market share follows a similar path to the one taken by small-molecule generic drugs in the 2000s. By 2005, generic drugs accounted for roughly half of all small-molecule prescriptions; today they're approaching 80% and climbing. Since biosimilars are more expensive to produce, and more likely to carry higher prices than prior-generation generics, this could prove to be one of the smartest deals ever orchestrated by Pfizer.