A single ETF can instantly plunk you into the best stocks in eCommerce.

There's no getting around the fact that eCommerce is big business -- and it's growing. Thus, it makes sense that many investors want to find the best stocks in eCommerce. That's easier said than done, though, because the term "eCommerce" is so broad, encompassing huge and tiny companies, and ones that directly sell along with those that provide the infrastructure facilitating the process. Wouldn't it be handy to be able to just invest in most of the major eCommerce players in one fell swoop? Well, you can, with the PowerShares NASDAQ Internet ETF (PNQI 0.25%), an exchange-traded fund focused on Internet-related companies.

Setting the scene
First let's get a sense of the overall market for eCommerce. According to estimates from the Department of Commerce, online sales totaled a record $315 billion in 2014, having risen by close to or more than 15% annually for five years on a row. There's also lots of room for further growth, with 2014 eCommerce sales making up only about 6.5% of retail sales (unadjusted, and excluding foodservice sales), up from 5.8% in 2013.

Meet PNQI
Enter the PowerShares NASDAQ Internet ETF, which was born almost exactly seven years ago. It tracks the NASDAQ Internet Index, which is focused on most of the largest and most liquid U.S.-based Internet-related companies, investing at least 90% of its assets in the index's component stocks. It weights its holdings roughly by their market capitalization and updates them quarterly, buying and selling what it needs to in order to keep up with changes in the Index or its components. 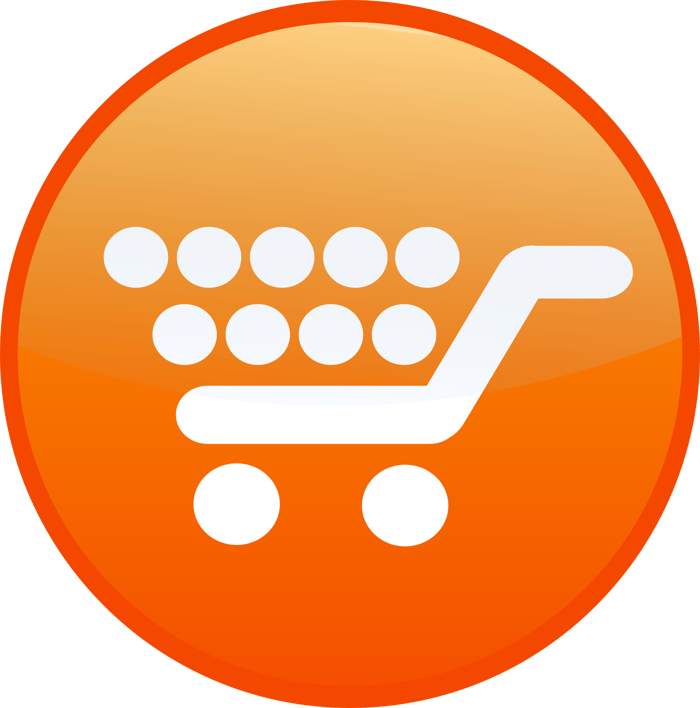 Over the past five years, the ETF has trounced the world market as well as the S&P 500, averaging annual gains of nearly 23%. More impressively, it has even outperformed its underlying index, recently having averaged 17.7% annually since inception vs. 13.8% for the index.

The ETF's expense ratio (essentially its annual fee) is 0.60%, which is reasonable, given its modest size (less than $300 million in assets), while its dividend is a paltry 0.4%, as most of its components are not significant dividend payers if they offer dividends at all.

Reviewing the holdings
The PowerShares NASDAQ Internet ETF sports roughly 100 holdings, with the top 10 making up 59% of the total fund assets. Below are the top six holdings, each of which makes up at least 5% of the fund assets. Together, they make up 44%.

Investing in the best eCommerce stocks via this ETF is a great way to immediately have your money diversified across scores of eCommerce companies, and to have much of it focused on the biggest players. Here's a quick look at the top three:

Amazon.com
Amazon.com is the company that very likely comes to mind most often when people think of eCommerce, as it has grown into a giant with a market value recently near $200 billion and is not only selling a huge range of products, but also innovating in many new directions, such as online travel, original video programming, cloud computing services, and even drone delivery. In its last quarter, it posted revenue up a strong 15% year over year, to nearly $23 billion, and that gain would have been 22%, if not for unfavorable currency exchange rates.

eBay
eBay, meanwhile, has grown into a $75 billion company, with 157 million active buyers around the world and more than 800 million listings of items for sale at any given time. It has been targeting the growing number of people accessing the Internet via mobile devices by having mobile apps available in almost every country. Arguable the jewel in its crown is PayPal, which has become a major force in electronic payments, and which eBay plans to spin off this year. eBay bought PayPal for about $1.5 billion in 2002, and in the fourth quarter of 2014, PayPal's revenue topped $2.1 billion (representing 44% of eBay's total revenue), up 18% year over year. It's likely to continue growing briskly, as it's one of the entities that makes eCommerce possible.

Facebook
Facebook isn't thought of by many people as an eCommerce company, but just wait. With 936 million active daily users as of the end of March 2015 -- nearly a billion people -- a level up 18% over the year before. Its mobile active daily users numbered nearly as much, 798 million. Even more intriguing, more than 80% of its active daily users are outside the U.S. and Canada. The company is mostly selling advertising these days, but many more kinds of sales are possible, considering the mammoth traffic and also how much Facebook can know about each user, by noting interests and activities. It's in a terrific position to target customers effectively.

There are many more great eCommerce companies and stocks, and you would do well to consider some for your portfolio -- perhaps buying about 100 of them easily via the PowerShares NASDAQ Internet ETF.