The Ranger has taken the sales crown in Europe -- which bodes well for U.S.-based Ranger fans.

When you dig into the differences between the United States and Europe, there are really too many to list. For example, while Europeans use the metric system, Americans prefer to use the old English Imperial system (you know: inches, yards, miles). We agree to disagree about whether football or futbol is the greatest sport.

So it's no surprise that Americans probably wouldn't guess Europe's best-selling pickup truck -- because life is just that different here compared to Europe. 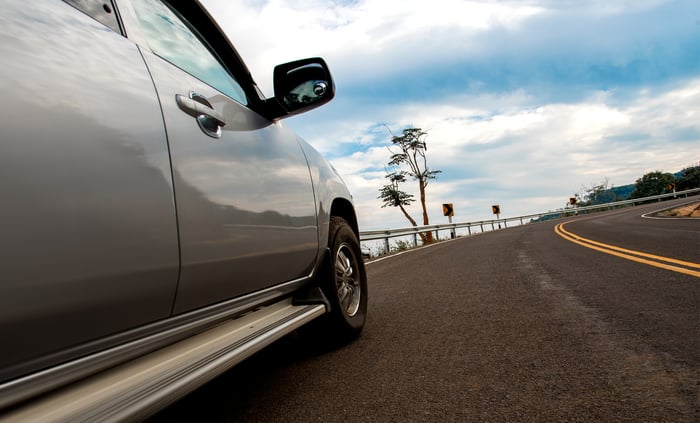 Best truck you can't buy?
By now, you've probably heard that the U.S. auto industry closed the books on 2015 in style, setting a record high for annual sales. On top of the list of best-selling vehicles in 2015 was, again, for the 34th consecutive year, Ford Motor Company's (F 2.21%) F-Series, which tallied more than 780,000 units in the U.S. -- and it was the 39th consecutive year the F-Series was the best-selling truck.

Europe is a different story, in a market that favors much smaller vehicles, and rarely trucks. But it didn't stop Ford from taking the crown overseas. Ford's Ranger, arguably the best pickup truck you can't buy in the U.S., was the No. 1-selling pickup in Europe in 2015.

Ford's Ranger sold 27,300 units in Europe last year, which was good enough for a 27% year-over-year increase. In fact, the Ford Ranger was introduced in late 2011 and has increased its market share in Ford's 20 traditional European markets from 11.7% in 2012 to 23.5% through October 2015, ahead of competitors such as Toyota's HiLux. What's also interesting is that the Ranger's Wildtrack -- the most expensive version of the model -- accounted for 34% of total Ranger sales in 2015, up from only 25% in the previous year.

The Ranger's sales in Europe in 2015 hardly move the needle considering Ford sold 1.3 million units total in its traditional 20 European markets. And the Ranger's 27,300 units sold in Europe this year are a far cry from roughly 780,000 F-Series U.S. sales during 2015, since Europe simply doesn't have demand for full-size trucks.

Even when comparing the Ranger's sales in Europe to sales of midsize trucks here in the states, it's far behind; General Motors' Chevy Colorado and GMC Canyon respectively tallied sales of more than 84,000 and 30,000, respectively, during 2015 in the U.S. market.

So, with Ranger sales in Europe not moving the needle in terms of overall sales, why does it matter that Ford's Ranger is No.1?

Comeback time
Put simply, it only matters because it's one more thing helping to prove the Ranger is still a great product that can sell in modern markets, not only in emerging markets -- and that bringing the Ranger back to the U.S. market is a great idea. Ford currently produces the Ranger in South Africa, Argentina, Thailand, and Nigeria for almost 200 overseas markets, but not here in the U.S. Not so long ago, it was unclear whether or not demand existed in the midsize truck market, but General Motors proved in 2015 that it does indeed.

Furthermore, folks wondered where exactly the Ranger could be produced here in the U.S., and that became clear in recent months. In 2018, Ford will stop producing the Ford Focus and C-Max families of vehicles at the Michigan Assembly Plant, and that's where the Ranger, and even a new Bronco, would be produced for the U.S. market.

The Ranger continues to sell well overseas, even in a market like Europe which is so different, and General Motors' Canyon and Colorado sold well their first full year back in the U.S. -- these are just more signs that it's time for the Ranger to reclaim its midsize crown in America.