The data analytics specialist has drawn the interest of a notable activist investor. 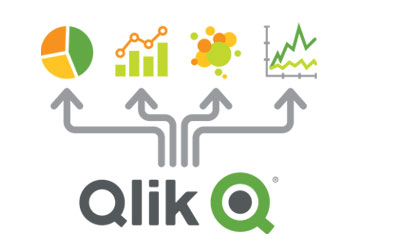 So what: According to an SEC filing today, Elliott Management paid roughly $200 million to acquire 93,227,755 shares of Qlik stock, or roughly 8.88% of its total common stock outstanding. Also in the filing, Elliott stated it believes Qlik shares are "significantly undervalued," elaborating that the company "operates in a highly strategic area of the technology industry with an attractive competitive position and a compelling product set, the value of which is not reflected in [Qlik's] current market value."

As such, Elliott Management has initiated a dialogue with Qlik's management and board of directors regarding strategic and operational opportunities to increase shareholder value.

Now what: A number of analysts have also weighed in suggesting Elliott could also push for the company to put itself up for sale. Analyst firm William Blair suggested IBM or Oracle would be probable suitors, while others speculate Elliott itself -- as a $20 billion hedge fund -- could offer to purchase Qlik at a premium to its current $2.5 billion market capitalization.

It would be hard to blame them with shares still down more than 30% during the past six months, and down 15% year to date. But in the meantime -- and considering an acquisition is hardly guaranteed -- I still think investors would be wise to focus first on Qlik's actual business, which enjoyed solid top-line growth, and a healthy pipeline of large license/maintenance deals in its most-recent quarter.

Steve Symington has no position in any stocks mentioned. The Motley Fool recommends Qlik Technologies. We Fools may not all hold the same opinions, but we all believe that considering a diverse range of insights makes us better investors. The Motley Fool has a disclosure policy.