Please ensure Javascript is enabled for purposes of website accessibility
Log In Help Join The Motley Fool
Free Article Join Over 1 Million Premium Members And Get More In-Depth Stock Guidance and Research
By Demitri Kalogeropoulos - May 2, 2016 at 5:03PM

Why these stocks made huge moves as broader indexes rose on Monday. 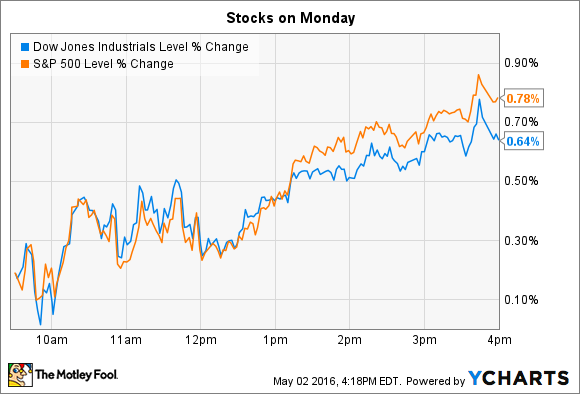 Brocade sees softness in IT spending
Networking specialist Brocade's stock fell 12% after it announced preliminary earnings results. Sales for its fiscal third quarter will be roughly $523 million, the company warned, rather than the $552 million it had initially forecast in mid-February. Earnings will come in slightly below targets, meanwhile, with profit weighing in at $0.22 per share rather than the earlier $0.23 per share guidance.

Oracle buys Opower
Opower, which specializes in producing cloud-based enterprise software for customers in the utility industry, jumped 30% after agreeing to be bought by tech giant Oracle (ORCL 1.58%). The deal terms call for $10.30 per share of cash for Opower shareholders, which translates into $530 million, or about the market capitalization that the company had seen as recently as early January .