Please ensure Javascript is enabled for purposes of website accessibility
Log In Help Join The Motley Fool
Free Article Join Over 1 Million Premium Members And Get More In-Depth Stock Guidance and Research
By Andrew Tonner - May 5, 2016 at 8:27PM

A cutting-edge investment from the software giant could presage a revolution in where and how we store our booming quantities of data.

According to some tech cognoscenti, a data storage crisis lies on the horizon.

The amount of data we create as a society has absolutely exploded in recent years. What's more, the rise of the Internet of Things promises to only exacerbate the continued growth of the torrents of data we now produce.

However, a recent initiative led, in part, by tech giant Microsoft (MSFT 1.07%) could help to prevent a crisis from ever manifesting.

Microsoft to revolutionize data storage?
Late last month, Microsoft reached a deal with San Francisco-based start-up Twist Bioscience to purchase 10 million strands of DNA. No, that is not a typo.

Though you might never have considered it, DNA has been found remarkably suitable for data storage, and companies like Twist are developing methods to encode and decode stores of data onto DNA strands. Extremely resilient and capacity-dense, DNA's potential memory capacity per unit of mass is orders of magnitude greater than even advanced storage techniques today. For example, one gram of DNA can theoretically store 1 zettabyte of data, or 1 billion terabytes -- simply a mindboggling amount of data.

What's more, DNA is remarkably long-lived, lasting hundreds and even thousands of years. At a commercial level, it is currently believed the DNA strains Microsoft bought could support binary code at a commercial scale for at least 500 years.

Though functionally far superior to current disk-based storage methods, encoding and reading DNA strands remains prohibitive for mainstream adoption today. Companies like Twist and others reportedly charge $0.10 to sequence a single DNA base, though it seems the cost should eventually fall closer to $0.02 per strand.

Something's gotta give
This might seem like a bizarre, improbable storyline, but it's also a necessary one. Though the problem receives scant attention in the media, current data storage technologies simply won't be able to efficiently support the mind-boggling volumes of data society creates today.

According to IBM research, our modern, connected world creates 2.5 quintillion bytes of data each day. This absolute explosion in the amount of data produced means that roughly 90% of the world's data was created in the last two years alone. What's more, Twist sees the amount of data collected doubling every two years as well. The technology Microsoft and Twist are developing doesn't figure to be commercially viable for some time. However, the potential to store so much in so little a space offers obvious commercial applications. 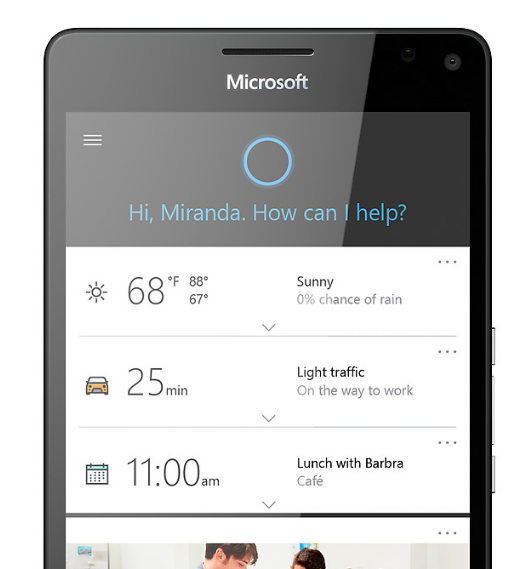 This storyline also highlights Microsoft's prestige as a corporate researcher. Like other technology giants, Microsoft annually plows billions of R&D dollars into projects traversing the technological spectrum. Though IBM has long dominated corporate R&D rankings in terms of patents granted, Microsoft also consistently cracks the top 10 in terms of its research output.

Many of its inventions will never find their way into mainstream products, but technologies developed by Microsoft's scientific research division lie at the heart of a few noteworthy products in recent years. Two such examples are Microsoft's Cortana voice assistant and the Xbox's Kinect motion-sensing attachment. So while this storyline won't come close to affecting Microsoft's financial performance any time soon, investors should still take note because of its big-ticket commercial potential and, well, because it's just plain cool to boot.