The fast-growing provider of leads for the automotive industry moves higher in an otherwise bad week for stocks. 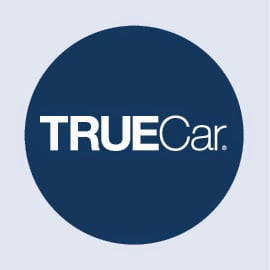 The market may have shifted into reverse late last week, but the same couldn't be said about TrueCar (TRUE 0.72%). The lead generator for auto dealers saw its stock soar 10% on the week, one of the market's few winners after Thursday night's jarring Brexit vote results smacked the global markets on Friday.

TrueCar's stock moved higher after an encouraging report by the company on Wednesday painted a portrait of favorable auto sales through June. TrueCar now projects that total new vehicle sales including fleet deliveries will hit 1.557 million for the month, 5.4% ahead of last year's showing. The move comes after disappointing car sales volume in May, and TrueCar's opinion is that last month's weak showing was a matter of demand being deferred to June.

As a leading tracker of industry sales and provider of auto-buying leads to showrooms, TrueCar has a pretty good read on the state of the industry. The stock itself has also been on a roll, soaring 77% since bottoming out in February. TrueCar stock has now moved higher in four consecutive months, and even on Friday when most stocks got battered we saw TrueCar stage a mere 0.5% retreat.

Automakers in general got trounced on Friday, fearing that selling cars into the UK will be a tall order with the pound crashing in the near term. There are also larger industry concerns about what will happen after the EU disruption takes place to the global economy and the flow of big-ticket transactions. However, TrueCar's presence is stateside, making it largely -- though not entirely -- immune to the turmoil brewing across the pond.

TrueCar stock crashed last summer after AutoNation (AN -3.04%) nixed its partnership as a participating dealer. Automakers and showrooms in general have a love-hate relationship with TrueCar. They love the leads, but they hated the dissemination of information that goes out to consumers on actual car sales data.

AutoNation's departure was a wake-up call, and it eventually rattled TrueCar into action before it lost other dealerships. Founding CEO Scott Painter was replaced in December by Chip Perry, former CEO of AutoTrader. Earlier this year it decided to blow up its model in an attempt to win back the auto retailing industry. TrueCar's Dealer Pledge -- introduced in late March -- did away with many of the practices that were deemed controversial by dealerships. Tweaking its data policies, billing model, and billing practices -- without alienating info-hungry potential car buyers -- is a delicate balance.

The new model promises consumers more precise pricing info for in-stock vehicles and local dealership information, but they do have to submit contact information. We'll know in the coming months if consumers are taking to the new model. The stock shed 58% of its value in 2015, and it was off to another disastrous year in 2016 before bouncing back off of February's lows. TrueCar has the wheel and the market's paying attention. It better not take a wrong turn now.

Rick Munarriz has no position in any stocks mentioned. The Motley Fool recommends TrueCar. We Fools may not all hold the same opinions, but we all believe that considering a diverse range of insights makes us better investors. The Motley Fool has a disclosure policy.