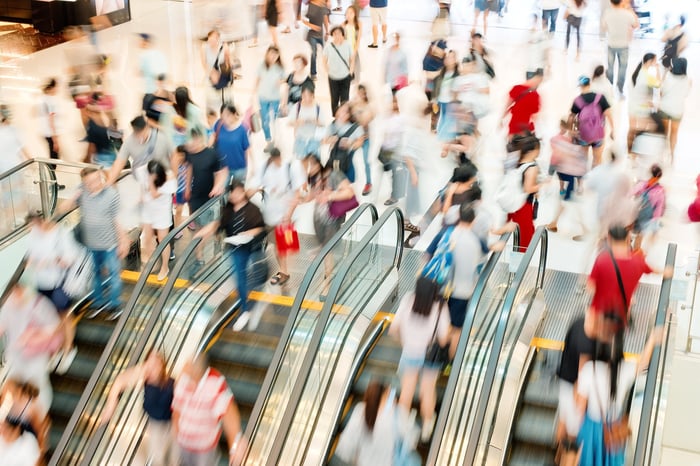 Black Friday is traditionally one of the biggest shopping days of the year. Stores make it really enticing to shop the day after Thanksgiving, and it can be hard to pass up perceived bargains when Black Friday sales flyers start arriving in the mail.

Before you grab your credit cards and gear up to hit the mall or big box stores on Friday, though, stop to consider if it's really worth it.

Aside from the fact that COVID-19 cases are spiking nationwide and it may be dangerous to head out to stores that could be crowded, there are three other really good reasons to sit out the Black Friday madness in 2020.

1. Many deals are hard to come by

Doorbusters are a Black Friday tradition. These are the unbelievable bargains on high-priced items that are meant to inspire people to leave the comfort of Thanksgiving tables to be first in the store.

The problem is that, most often, there are very limited quantities of these items. So unless you're willing to line up at a store hours before it opens, there's a good chance you won't actually score the rock-bottom savings you were hoping for.

Stores count on your buying something else if that happens to you, and chances are good you will end up making other purchases while you're there. That means the most likely outcome is that you'll miss out on the savings you hoped to score, but end up spending money anyway -- perhaps on something you don't really need, or that you could get for a better price elsewhere.

2. Some products aren't as good a bargain as they appear

There's another problem with these Black Friday specials beyond the limited quantities. Sometimes, they aren't actually quite such good deals as they appear when you look a little closer.

In some cases, for example, companies make scaled-down products or derivative models that lack some of their key features so retailers can sell them at a bargain price on Black Friday. One simple example might be a TV that lacks some settings or doesn't offer as many smart TV features, but that's sold at a low price.

To make sure you don't get stuck with an inferior Black Friday discount model, carefully review the model numbers and specifications of any products you're thinking about buying. If the model number doesn't match up to items sold by many merchants outside of Black Friday, chances are good it's a derivative model made solely for being sold at a low cost.

3. There are plenty of other chances to save

Finally, there's little reason to subject yourself to the Black Friday craziness --- especially in the middle of a pandemic -- since there's a very good chance you'll still score really good deals without doing so.

Most retailers also participate in Cyber Monday, for example, a day when you can score bargains online. And stores will want to go the extra mile to capture the widest possible audience in this year of canceled holidays and economic uncertainty, so chances are good they'll have more bargains than ever that you don't need to visit their shops to buy.

Instead of heading out on Black Friday, take the time to hone your holiday budget and research prices on the products you want to buy. Chances are good you'll find the most desirable purchases at a really great price without standing in line Thanksgiving night to be the first person in the door.