Many people look forward to retirement and the leisurely lifestyle it's said to offer. But unless you're prepared financially and mentally, you may be in for some unpleasant surprises when you're deep in the throes of retirement. That's why it's important to consider the challenges of retirement before deciding to make your permanent exit from the workforce. 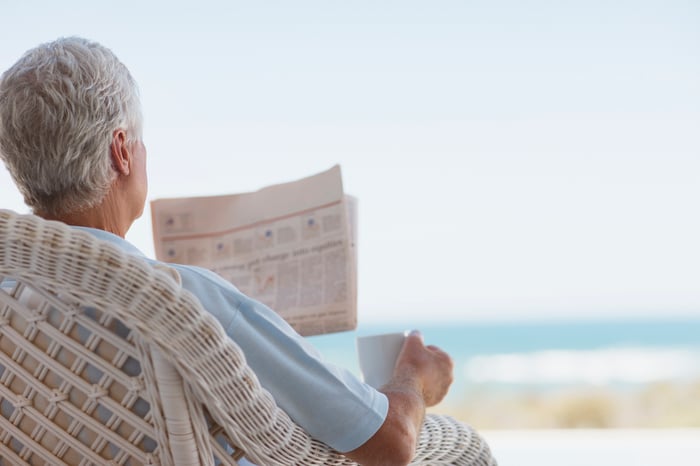 Though your Social Security payments are based on the amount you earned while you were working, your number can go up or down depending on when you first start taking benefits. If you begin collecting Social Security before your full retirement age, which is the age at which you're eligible for your full benefits based on your year of birth, you'll lose a portion of your benefits -- specifically, 6.67% of your full benefit amount each year for up to three years and then 5% a year thereafter. On the other hand, if you delay your benefits past your full retirement age, you'll get an 8% boost for every year you hold off up until age 70.

Here's how that might play out. The average monthly Social Security benefit is currently $1,341. Let's say you're eligible for that amount and that your full retirement age is 66. If you first start claiming Social Security at 66, you'll get that $1,341 a month. But if you start collecting Social Security at 62, which is the earliest age you're allowed to begin taking benefits, you'll reduce that amount to just $1,005. On the flipside, if you wait until age 70 to start getting benefits, you'll increase your monthly payout to $1,770.

Whatever benefit amount you lock in by claiming early, late, or right on time will remain in effect for the rest of your life, so have a clear Social Security strategy in mind before you decide to retire.

You may have a long retirement ahead of you

These are just averages, of course, which means you might pass away before you reach your 80s. Or, you might live well into your 90s. And the longer you live, the more money you'll need to keep up with your living expenses. That's why it's important to take a long, honest look at your savings and see whether you've really amassed enough money to pay the bills for what could be a 20-, 25-, or 30-year retirement.

Because Social Security is only supposed to supplement your retirement income, you'll need a substantial amount of savings to cover expenses such as housing, food, transportation, leisure, and healthcare. For instance, according to new data from HealthView Services, a provider of healthcare cost-projection software, a healthy 65-year-old couple today can expect to rack up a total of $377,000 in out-of-pocket medical costs during retirement. That's an expense you'll need to be prepared for.

Most financial experts agree that if you stick to the 4% rule, where you start by withdrawing 4% of your savings during your first year of retirement and adjust subsequent withdrawals for inflation going forward, there's a good chance your money will last for 30 years. Now keep in mind that under extreme circumstances (say, if the market absolutely tanks right before or after you retire), that formula may not work. But historically, it's been proven successful, and so you  can use it to see whether you've saved enough.
To do so, estimate your living expenses in retirement, subtract your expected Social Security benefits, and multiply that figure by 25. If, for example, you expect to need $36,000 a year in non-Social Security income to cover your living costs, then you'll need to have saved $900,000 independently by the time you retire. If your savings balance is nowhere near that figure, you may want to consider, if feasible, postponing retirement until you're able to get closer.

Working longer may be good for you

Even if you're financially prepared for retirement, there are mental and emotional challenges to consider as well. According to research from the Institute of Economic Affairs, retirement increases the likelihood of suffering from clinical depression by 40%. Meanwhile, research out of Oregon State University found that working longer increases your chances of living longer, while retiring early could actually be a risk factor for dying sooner.

Of course, working too much or too long can also be bad for your health, but if you're physically able to continue working, your job might offer more than just a paycheck -- it could be a good social outlet and an opportunity to maintain your mental and physical agility. That's something to strongly consider when you think about whether you're ready to retire. Also, don't forget that working longer allows you to hold off on Social Security and rack up those delayed retirement credits we talked about earlier.

There's no one-size-fits-all formula when it comes to retirement, and there are numerous factors that need to go into the decision. But no matter where you stand, the key is to have a plan for retirement -- and not just a financial plan, but one for what you'll do with your time. As long as you aren't being forced into retirement, there's no need to rush what could be one of the most important decisions of your life, so take all the time you need to weigh your options.

Read This Before You Retire @themotleyfool #stocks Next Article
Current