Contributing money to an IRA is one of the smartest financial moves you can make. And although the money sitting in that account is indeed yours, you can't just cash out your IRA as you see fit. There are different rules surrounding both Roth and traditional IRA distributions, and if you withdraw money too early, you could face a hefty penalty and a larger tax bill than expected. That's why it's important to consider the implications before making a withdrawal from an IRA. 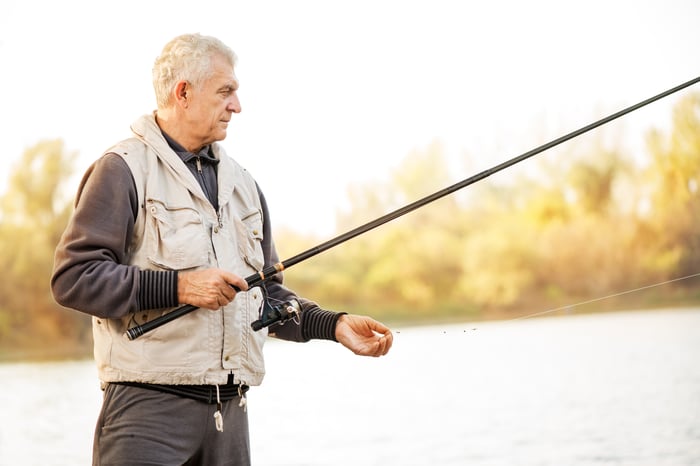 Let's quickly review the key difference between a traditional IRA and a Roth. With a traditional IRA, the money you contribute goes in with pre-tax dollars, which means you get a tax break up front but pay taxes in retirement on your distributions. Roth IRAs work the opposite way. Roth IRAs are funded with after-tax dollars, so there's no tax break when your money goes in; but when the time comes to take withdrawals, your distributions are tax-free.

Just as traditional and Roth IRAs work differently from a tax perspective, each has its own set of rules regarding withdrawals. With a traditional IRA, withdrawing money prior to age 59 ½ could result in a stiff penalty, and you'll pay taxes on your withdrawal as well. With a Roth IRA, you can take out your money early and avoid taxes and penalties provided you're only withdrawing an amount that directly correlates to what you put in. In other words, if you contribute $5,000 to an IRA and withdraw $5,000 before age 59 ½, you won't be taxed or penalized. But if you invest that $5,000 and turn it into $5,500, and then withdraw that balance in full before 59 ½, you'll generally be taxed and assessed a penalty on the extra $500, which represents the earnings portion of your withdrawal.

If you have a traditional IRA, your best bet is usually to wait until age 59 ½ before taking withdrawals. If you don't, you'll be hit with a 10% penalty on the amount you take out, and to add insult to injury, your distribution will be taxed as ordinary income. So if your effective tax rate is 25% and you withdraw $10,000, you'll essentially lose $2,500 of that to taxes on top of the penalty you'll incur.

Now there are a few exceptions to this rule. You can withdraw up to $10,000 from a traditional IRA without penalty for the purpose of buying a first-time home. If you're married, you and your spouse can double up and each withdraw $10,000 from an IRA for a combined total of $20,000 to be used to purchase a home. Furthermore, if you take an early withdrawal to pay for college for either yourself, a spouse, or a child, you won't get hit with that penalty.

Now just because you're allowed to take early withdrawals from an IRA to buy a home or pay for college doesn't mean you should go this route. The point of an IRA is to have money on hand in retirement, and the more you withdraw prior to retirement, the less you'll have available once you're no longer working. Plus, when you take money out of an IRA early, you're not just losing the amount you withdraw; you're also losing out on the investment gains that money could've generated. Remember, you can get student loans for college or take out a larger mortgage to buy your home. Borrowing money to pay your living expenses in retirement, however, isn't as easy, so think long and hard before withdrawing from an IRA for non-retirement purposes.

While it's a good idea to wait until you're actually retired to start withdrawing from an IRA, unless you have a Roth, you can't let that money sit there forever. Traditional IRAs impose required minimum distributions that you must take once you reach age 70 ½. Your exact minimum distribution amount will depend on your IRA balance at the end of the previous year coupled with whatever your life expectancy is determined to be at the time. So if your balance at the end of last year was $200,000 and you'll be 71 by the end of this year, you'll need to withdraw a minimum somewhere in the ballpark of $7,500. Failing to take a required minimum distribution could result in a 50% tax penalty on the amount not withdrawn, so pay attention to deadlines to avoid getting hit.

Let's say you're retired, you're over the age of 59 ½ but younger than 70 ½ , and you're trying to determine how much of a withdrawal from your IRA you should make. While there are factors like your Social Security benefits to take into account, most retirees fare well over time by following what's known as the 4% rule. The 4% rule states that if you withdraw 4% of your savings during your first year of retirement and then adjust that amount for inflation going forward, your savings should last 30 years. So if you start out with $200,000 in an IRA and withdraw $8,000 your first year, there's a very good chance the remainder will be enough to sustain you for the rest of your retirement. Of course, the 4% rule isn't flawless, but it's a solid starting point for making your initial IRA withdrawal.

No matter when or how much money you decide to withdraw from your IRA, be sure to consider the benefits and repercussions involved. The more strategic you are, the better that money will serve you in the long run.

Making a Withdrawal From an IRA: What You Need to Know @themotleyfool #stocks Next Article
Current