Over 60 million Americans rely on Social Security to cover their living costs in retirement. Whether you're a current recipient or not, you may be impacted by the changes Social Security will undergo come 2017. Here's what the new year has in store. 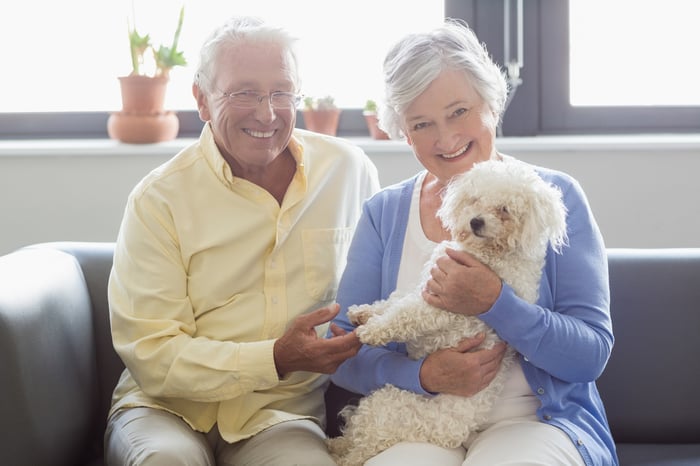 1. Finally, an increase -- but not exactly one to write home about

Social Security is designed to adjust benefits for inflation so that recipients can reasonably retain their purchasing power in the face of rising costs. These adjustments are based on the Consumer Price Index (CPI), which measures the cost of consumer goods and services over time. In a nutshell, when prices go up, Social Security gets a boost. But because fuel costs have remained low in recent years, 2016 saw no cost-of-living-adjustment, or COLA, for Social Security. This year, recipients will get a small boost, but it's so minuscule that you may not even notice it. Payments will be increasing by 0.3% starting in January, and when that happens, the average check will go up by just $5 a month.

If you were a high earner during your working years, then you might capitalize on the fact that Social Security's maximum monthly payment is increasing for 2017. Benefits currently max out at $2,639 a month, but come 2017, that limit will increase to $2,687.

Of course, while getting more money out of Social Security is typically a good thing, you should be aware that if you earn above a certain threshold, your benefits may be subject to taxes. Whether or not you'll be taxed is based on your provisional income, which is calculated by taking your non-Social Security income (including any tax-free interest payments you receive) and adding in 50% of your benefit amount. If your provisional income exceeds $34,000 as a single tax filer or $44,000 as a couple filing jointly, you may be taxed on up to 85% of your benefits -- something to keep in mind going into the new year.

3. More of your income will be subject to Social Security taxes

If you're still working and paying into the Social Security system, then you may not like what 2017 has in store. Currently, workers only pay Social Security taxes on their first $118,500 of earnings, but that limit is increasing to $127,200 in 2017. Now the good news is that if you're a high earner, anything you bring in above that cap won't be subject to Social Security taxes. Still, an estimated 12 million workers are likely to pay more into Social Security as a result of this increase.

Eligibility for Social Security is based on earning enough lifetime credits -- 40, specifically -- during your working years to qualify for benefits later on. You're capped at earning four credits per year, and in 2016, workers received one credit per $1,260 of income. The monetary value per credit, however, is changing for 2017. Starting next year, you'll receive one credit per $1,300 of income. If you're a part-time worker, this could impact the rate at which you acquire credits.

5. You can earn more as a recipient and still collect benefits in full

If you claim Social Security benefits before reaching your full retirement age but continue to work at the same time, you may have some of those benefits temporarily withheld if you earn too much. The earnings limit for having benefits withheld was $15,720 in 2016, but it's going up to $16,920 in 2017. If you earn more than this amount, you'll have $1 in benefits withheld for every $2 in income over the $16,920 limit. However, if you'll be turning 66 in 2017, that threshold increases to $44,880, and you'll only lose $1 for every $3 in income over the limit.

Clearly, there are numerous changes happening in the world of Social Security once 2017 rolls around. Knowing what to expect will help you prepare for what lies ahead.

What Does 2017 Hold for Social Security? @themotleyfool #stocks Next Article
Current