Retirement is a milestone that countless workers look forward to. But if you're not careful, the wrong decisions could spell trouble for your golden years. Here are a few glaring retirement mistakes you'll want to avoid at all costs.

1. Waiting too long to start saving

It's easy to make excuses for why you're not setting money aside for retirement early on in your career. Maybe you're not earning all that much money, or you're struggling to keep up with your student loan payments.

What many people don't realize, however, is that by holding off on retirement plan contributions for even a few years, you're giving up a world of growth. Thanks to a concept known as compounding, those who save for retirement steadily through the years can grow their nest eggs into sizable sums, even if those individual contributions are relatively small year after year. 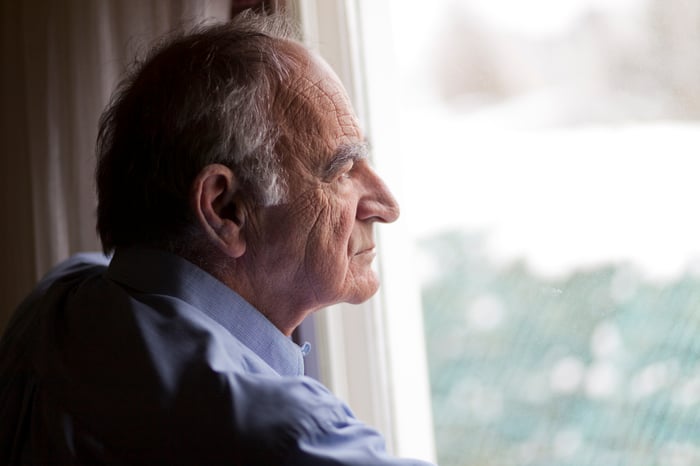 The following table, in fact, shows how much you stand to gain if you start saving just $200 a month at various stages of life:

You can't help but notice the difference between giving yourself a 40-year savings window versus a 15-year window. And, yes, if you start saving money that much earlier, you'll end up spending more out of pocket to build your nest egg, but in our example, that $622,000 you'd get by starting at age 25 comes at a cost of just $96,000 in contributions. That's a $526,000 gain!

The point here is that holding off on retirement savings can really limit your ability to take advantage of compounding, so even if your monthly contributions aren't much to write home about, they'll help your savings efforts over time.

There's a reason more than 40% of near-retirees don't have any savings to show for -- they're convinced they'll be able to get by on the income they collect from Social Security. The reality, however, is that most seniors can't live on Social Security alone. That's because those benefits are only designed to replace roughly 40% of the average worker's pre-retirement income.

Most people, however, need at least 80% of their previous earnings to cover their expenses in retirement, and without independent savings, you're likely to fall short. And if you think you'll manage to get by on just 40% of what you used to earn, consider this: The average healthy 65-year-old couple today will spend $400,000 or more on healthcare costs in retirement. Over a 20-year period, that's $20,000 a year on medical bills alone. Given that the average Social Security recipient today collects just $16,320 annually, it kind of makes you rethink how far those benefits can be stretched.

3. Not having a plan

While not having to report to a job might seem like something to celebrate, losing that structure and schedule could end up throwing you for a serious mental loop. According to the Institute of Economic Affairs, retirement increases the likelihood of clinical depression by 40%, and a big reason is that many seniors struggle to find their purpose once they no longer have a job to go to. Not only that, but for many people, work serves as a key social outlet, and losing those connections later in life could impact your well-being.

That's why it's critical to go into retirement with not just a financial plan, but a road map for what you're going to do with your newfound free time. Of course, your available income will play a huge role in dictating the latter. You can't, after all, say you'll travel three months out of the year if your savings can't support that lifestyle. But if you come in prepared with a realistic means of occupying your days, you'll be less likely to regret the decision to retire in the first place.

Retirement isn't the sort of thing you want to mess around with, so it pays to start thinking about it as early on in your career as possible. If you begin saving at a young age, understand what you'll get out of Social Security, and map out a plan for your senior years, you'll avoid the mistakes that cause so many people to wind up cash-strapped and unhappy down the line.