Social Security is a crucial source of income in retirement, but the amount you get in Social Security varies significantly depending on when you decide to begin receiving it. If you don't plan properly, you could miss out on big money, or worse, end up in poverty. For instance, if you plan to claim Social Security at age 62, you could be underestimating your life expectancy. If so, a lifetime of smaller checks could mean missing out on tens of thousands of dollars in Social Security benefits.

We're living longer than ever

In the 1950s, the average American who was age 65 could expect to live about 14 more years, or to about 79. Today, those turning 65 can expect to live, on average, nearly 20 more years, according to the United Nations Department of Economic and Social Affairs. 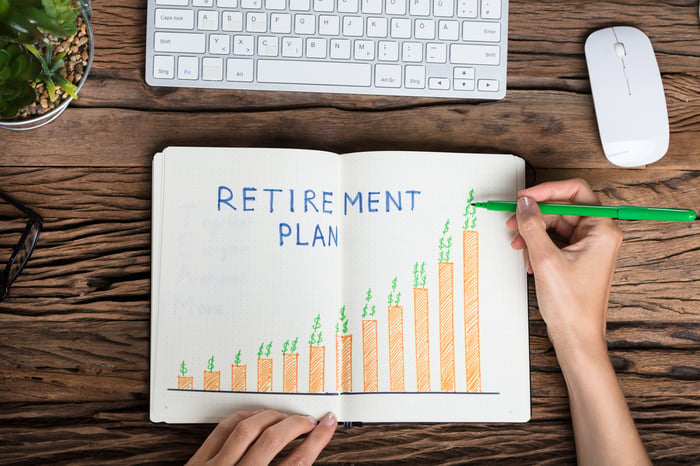 In the future, average life expectancy is projected to increase further because of medical advances. Medicines that functionally cure disease or delay its progression by correcting genetic mutations are quickly becoming reality. Genetic screening and artificial intelligence are leading to better treatment decisions. And technology, such as wearables, is improving our ability to identify healthcare risks before life-threatening events like heart attacks occur.

As more Americans receive increasingly better healthcare, the United Nations projects that people who are now in their 40s may live from 21 to 22 years longer after they reach age 65. Americans in their 30s today may live an average of 22 to 23 years beyond 65, and Americans entering college this year can expect to live more than 24 years longer after hitting 65. A complex formula based on your historical inflation-adjusted earnings determines how much you can receive in Social Security benefits. But the actual amount you collect in retirement depends on how old you are when you begin collecting benefits.

You can start collecting Social Security as early as 62, but you'll only collect 100% of your benefit amount if you wait until your full retirement age (FRA) to claim. FRA ranges from 66 to 67 for people born after 1954. If you claim at 62, your full retirement age benefit will be reduced by up to 30%, and if you wait to claim benefits until after you've reached your FRA, your benefit will increase 8% per year, up to age 70.

Since you'll receive smaller monthly checks if you claim when you're younger -- and bigger checks if you wait until you're older -- the amount you collect over your lifetime depends on your age when you start receiving Social Security benefits and how long you live.

For this reason, determining the breakeven point in lifetime benefits associated with claiming at various ages can be helpful when deciding whether it makes financial sense to claim early or wait.

As you can see in the following chart, by age 80, a decision to claim at 70 would result in more total lifetime benefits than claiming at 62. And  waiting to claim at age 67 (instead of 62) moves the breakeven point to a person's early 80s. Is claiming at age 62 a bad choice?

In the past, when life expectancy was lower, people who claimed at age 62 had a better chance of receiving more in lifetime Social Security benefits than they do today. In the future, the average life expectancy for people turning 65 is expected to climb toward 90 years, making a claim-early strategy even less attractive than it is now.

This suggests that waiting to claim makes sense financially. But that doesn't mean everyone should wait. When to claim benefits is a personal decision that will depend significantly on various considerations, such as retirement goals, savings, employment, and health. However, if your goal is to maximize lifetime benefits, waiting could be your best option.