Please ensure Javascript is enabled for purposes of website accessibility
Log In Help Join The Motley Fool
Free Article Join Over 1 Million Premium Members And Get More In-Depth Stock Guidance and Research
By Selena Maranjian - Dec 14, 2019 at 11:45AM

How much you can save for retirement all boils down to three simple factors. Ignore one or more of them at your own peril.

It's never fun to realize that you made a mistake, especially one that cost you something. For example, if you forgot to take that 20% off coupon to the drugstore, you might have ended up spending, say, $12 more than you had to.

Some mistakes can cost you far more than that, though, and they're very much to be avoided. One particular retirement mistake, as an example, might cost you...$433,915! That mistake is not starting to save and invest for retirement soon enough. 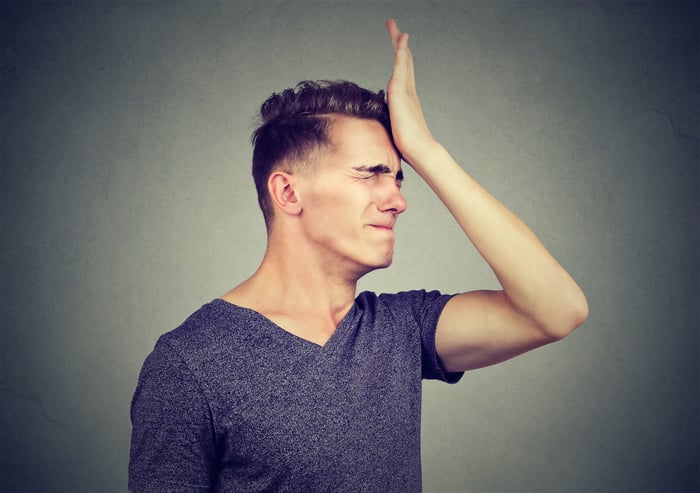 When it comes to amassing a war chest to live off of in retirement, three factors determine how much money you might retire with: how much you invest, how long your money is invested, and the rate at which your money grows. The following tables show how important each is.

Let's start with this one:

This table shows how much of a difference it makes if you're investing $5,000 versus $10,000 or $15,000 annually. Obviously, the more you invest, the more you will likely end up with. Don't think that you're stuck only being able to invest, say, $5,000 each year. There's a good chance that if you look into lots of ways to make more money and put a few into action, you might be able to increase that to $6,000, $8,000, or even $10,000 or more each year -- at least for some years. (Remember that the earliest dollars you invest can be your most powerful, as they have more time in which to grow.)

Another critical takeaway from the table above is how important time is. Let's say that you're 35 now and you put off saving and investing for retirement for five years, until you're 40. If you retire at age 65, you'll have had a solid 25 years in which to be building a financially secure future for yourself. Socking away $10,000 annually for 25 years would get you a total of $789,544 if your investments average 8% growth per year. That's pretty good, but what if you hadn't delayed saving and investing? Over 30 years, that same kind of investing would have gotten you $1.2 million -- about $433,915 more! It might have even permitted you to retire earlier than planned.

How fast will your money grow?

Finally, there's the matter of your expected growth rate. The stock market is where your long-term dollars are likely to grow fastest, but it offers no guarantee. Your money might, over 20 or 30 years, average 6% growth, 10% growth, or some other rate. Here's a look at the difference that growth rate can make for annual investments of $10,000:

Go ahead and hope for a high average growth rate, but prepare for the possibility of a low one. Good ways to prepare include saving more, saving for a longer period, and investing as effectively as possible. You might save for longer by delaying your retirement a bit -- there are some compelling upsides to that, such as needing to tap your nest egg for fewer years. (Many people end up having to retire earlier than planned, though.) When it comes to investing effectively, you might spend a lot of time reading up on investing and carefully choosing promising stocks -- or you might just stick with a low-fee, broad-market index fund, such as one that tracks the S&P 500.

No matter what your financial condition is now, spend a little time thinking of how you might make it stronger -- perhaps by saving and investing more and sooner.